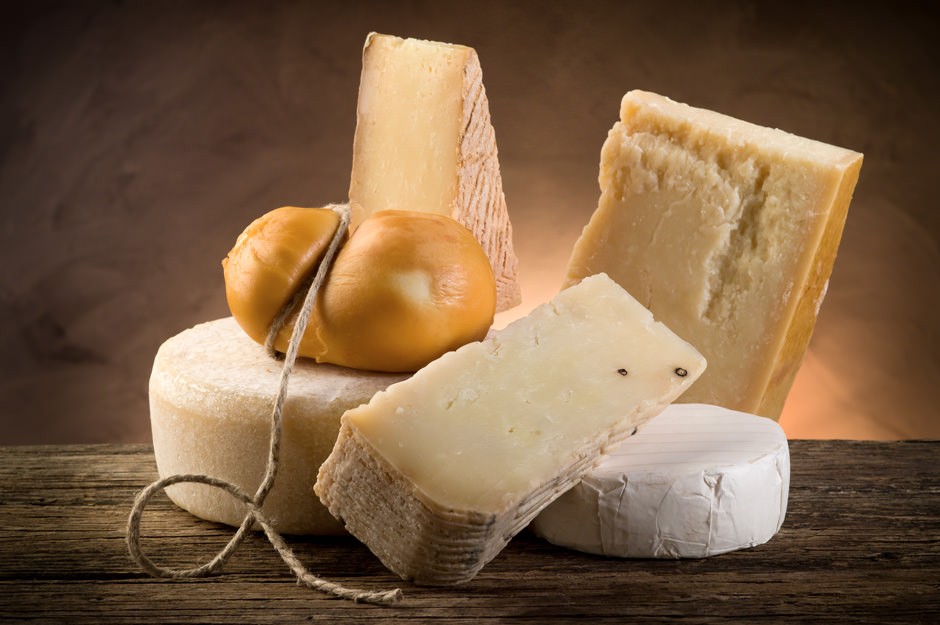 Mozzarella and parmesan? When it comes to Italian cheese, there is so much to tell. Have you ever heard of Marzolino? It is a tasty cheese often served with fresh, green vegetables, but it’s not as known as Provolone. Marzolino is made with sheep’s milk. Its name comes from March due to the fact it is generally made during the springtime in Tuscany. Its tastes like butter, it has a soft, squishy texture and it’s perfect paired with fava beans and rolled with cured meats. It’s can be used instead of Mozzarella to make a different version a Caprese salad  or just simply served with bread and oil.

5 Italian cheeses worth talking about

If you’want to go beyond mozzarella, try scamorza. This cow’s milk cheese product comes from southern Italy (Aplulia, Campania, Molise). Its name, “scamorza” means “beheaded” in Italian. The name is due to the fact the it has a sting tied around the middle of it while it’s being processed.

It’s not as soft as mozzarella is and it has a stronger flavor due to the fact that it’s processed two weeks longer than mozzarella is. Scamorza is available smoked and unsmoked. Both versions are perfect for baked pasta dishes and in sandwiches.

Another awesome Italian cheese is Testun di pecora (which literally means: hard head). It comes from the Piedmont region and originated south of the city of Cuneo. It is either a hard or semi-hard cheese depending on how long it has been aged. The harder version can be used as an alternative for Pecorino Romano or Parmesan and grated over gnocchi, risotto or ravioli.

Stracchino is another cheese that comes from northern Italy. It’s either made with cow’s milk or with a mixture of different types of milk. Italians love stracchino, and because it’s such a creamy cheese, it’s great in sandwiches and on pizza.  It’s mostly produced in Piedmont and Lombardy. It always looks like it’s ready to be plopped onto pizza, polenta, in between two slices of bread or served on the side with fresh or cooked arugula (also known as rocket salad). Since stracchino is a very light cheese, it’s usually served with white wines such Pinot Grigio and Orvieto.

Last but not least we recommend trying Piave cheese. This cheese originates from the area along the Piave River in Italy’s Veneto region. It has a bitter-sweet taste and most of Italians use Piave cheese to garnish green salads and lasagna. It is also commonly served along with fruit and dessert, during the final round of dinner.

Source: 5 delicious Italian cheeses you probably haven’t tried (but should).

The countdown to the Expo 2015 is started: here it is the best of made in Italy

THE YEAR 2017 FOR ITALIAN WINE