A FOOD AND WINE JOURNEY THROUGH APULIA 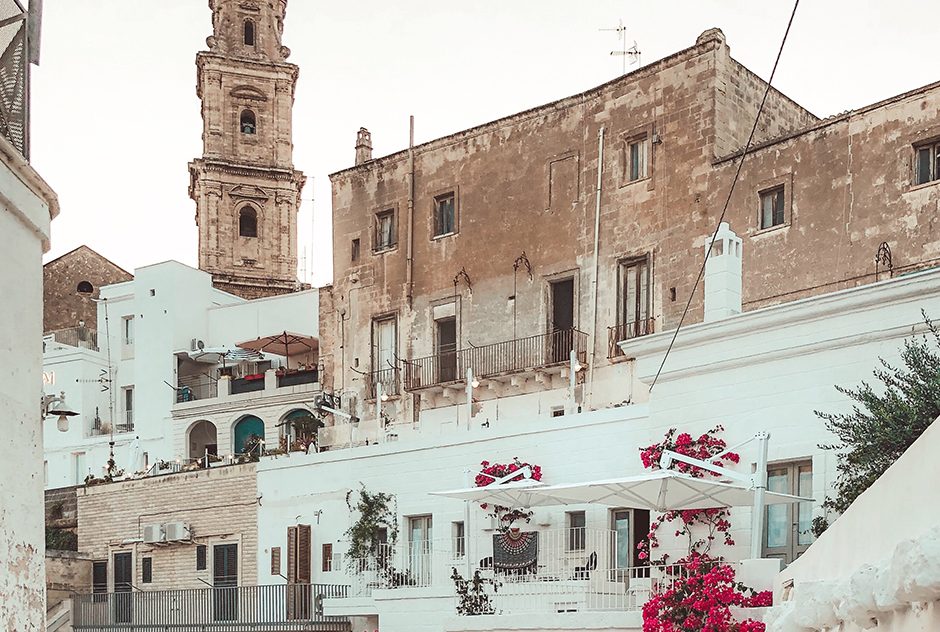 Thanks to its mix of Eastern and Western culture, its beaches washed by a turquoise sea, its white villages and cities of art and culture, it seduces travellers year-round: we are talking about Apulia, Italy’s easternmost region boasting the longest coastline in the country. From the mountainous peaks of the Gargano area to the Tavoliere delle Puglie plain, the region stands out for the food and wine specialties that have made a name for themselves beyond national borders, becoming globally-recognized symbols of excellence. Here’s how to taste a bit of Apulia in 3 stops.

The Gargano
Starting from the North, the first leg of our tour can be no other than the Gargano area. When you swing by, do not leave without enjoying the local cheeses. First of all, the caciocavallo podolico (literally, “horse cheese” made of Podolica cow’s milk): a strong-tasting product, typical of this part of Apulia. Not least, have a bite of mozzarella, canestrato (cheeses aged in cane baskets), ricotta, and cacioricotta (a cheese halfway between harder cheese – “cacio” – and ricotta). As you head South, in Andria (province of Barletta-Andria-Trani), you will find one of today’s most popular cheeses in restaurants worldwide: burrata pugliese. It is a fresh, round-shaped stretched-curd cheese made of cow’s milk. On the outside, it is similar to mozzarella; on the inside, it is much softer and stringy. Burrata is the result of Andria’s cheesemaking tradition, concentrated in the Murge area. Other local products include the Lesina eel, the Vieste black anchovies, the Monte Sant’Angelo bread, muscisca (strips of cured meat; traditionally goat or sheep’s meat, though currently made with pork and beef too), and the Carpino fava bean.

Bari
Let us thus move on to Bari, the birthplace of one of Apulia’s culinary symbols: orecchiette with broccoli rabe. Orecchiette are a type of pasta whose shape approximately resembles that of little ears (“orecchie”, which they are named after), which are cooked together with broccoli rabe: a delicious farmer’s tradition which is now widespread across Apulia and beyond. Notables among Bari’s specialties also include: Potatoes, rice, and mussels; Fava beans and chicory; brasciole (horse meat rolls); and lampascioni (local wild onions).
If you have some time left over, explore the alluring landscapes of the inland, where Altamura will greet you with the scent and perfume of its famous bread, to enjoy with Apulian olive oil.

Salento
At this stage of our food and wine tour, we shall reach the renowned Salento and its flagship city: the marvellous Lecce, with its Baroque palaces. Traditionally, the basis of the local breakfast are pasticciotti. What are they? Shortcrust pastries stuffed with pastry cream, strictly served hot.
At lunch, don’t miss out on the legendary frisedde (firm bread) and ciceri e tria (fried pasta with chickpeas), before ending things off with another classic dessert, the mustaccioli (chocolate, hazelnut, and almond biscuits).

Bonus track: street food
As you tour this amazing region, you will unescapably run into the local street food. Tip: try the Apulian panzerotti (fried savoury pastries normally filled with tomatoes and mozzarella); it’ll be a truly unique experience.

FROM FOX TALBOT TO INSTAGRAM: THE HISTORY OF FOOD PHOTOGRAPHY

DISCOVER THE SECRETS OF THE WHITE TRUFFLE