A FOOD AND WINE JOURNEY THROUGH TUSCANY 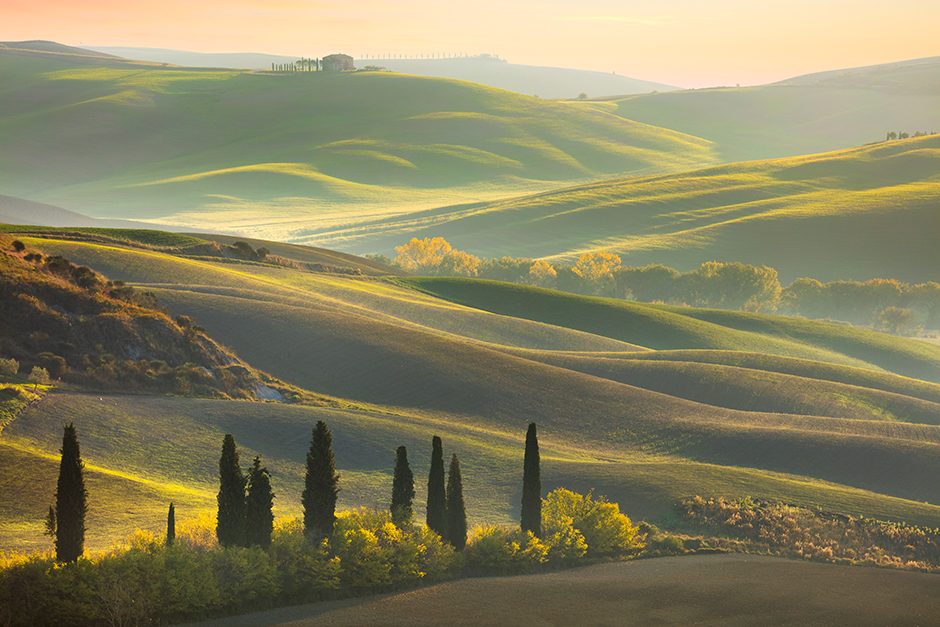 Tuscany is a region in central Italy; Florence is its capital city, birthplace of the Renaissance and UNESCO World Heritage site since 1982. The area is mostly made up of hills (66%), but does also include some plain land (9%) and important mountains (25%).
Moving away from the cities of art such as Florence, Siena and Pisa, we find ourselves in an equally enchanting atmosphere with centuries-old villages nestling in the hills and churches in the remotest of places. From the mosaic of vines in Chianti via the vertiginous heights of the Apuan Alps, where the renowned Carrara marble is quarried, to the plains of Maremma, the Tuscan countryside offers an infinity of breathtaking views. Tuscany’s excellent wines and olive oil – one of the best in the world – are the perfect accompaniment to the region’s cuisine: simple and rustic but of the utmost quality. Here is a selection of the delicacies the region has to offer.

Bistecca alla Fiorentina
When thinking of Tuscan food, the first thing to spring to mind is the Florentine steak. Cooked on the grill, it is the loin cut, the upper part found halfway along the back of the Chianina steer. As the name implies, this delicacy is linked to the city of Florence – which is where you need to head to enjoy it.

Lardo di Colonnata
Another exquisite delicacy of this land, which cannot be overlooked during an oenogastronomical tour of Tuscany, is Colonnata Lard. An IGP product of the region, it is named for the town from which it originates in the province of Carrara, on the Apuan Alps. It derives from swine lard, which is then aged in Carrara marble cases.

Ribollita
One of Tuscany’s more wintertime foods is Ribollita. This bread-based soup is made without salt, with cabbage, onion, carrot and beans. It is a dish to be served hot, and you can taste its peasant origins.

Torta Co’ Bischeri
This delicious sweetmeat from the Pisan area takes its name from the folds of puff pastry, known in fact as “bischeri”. Inside you find a delicious mix of chocolate, raisins, egg, nutmeg, pine nuts and liqueur.

Caciucco
In Livorno, on the Tuscan coast, you can find a dish that has become a national legacy: caciucco. It is a mix of squid and molluscs, pan-cooked and served on garlic-infused bread and tomato sauce.

Pecorino di Pienza
The wonderful region of Tuscany is not only famous for its cuisine: it is also the birthplace of many top quality gastronomical products. In the Val d’Orcia, we can enjoy the famous Pecorino di Pienza cheese.

Finocchiona
Another immortal symbol of Tuscany is the finocchiona, a cold meat renowned not only for its long aging but the use of fennel seeds in its production.

Tuscany’s wines
No oenogastronomical itinerary of Tuscany is complete without a tour of the region’s best wines. One of the most scenic areas is the Chianti valley: here you can embark on tours of the vineyards
and tastings of the best wines, sampling the various denominations.
The picturesque scenery of Montalcino is home to one of the most important wines in the world: Brunello. The ultimate wine that you cannot miss is the Nobile di Montepulciano, a red wine produced in the province of Siena.

Taste the future: Alifood at the Anuga 2015