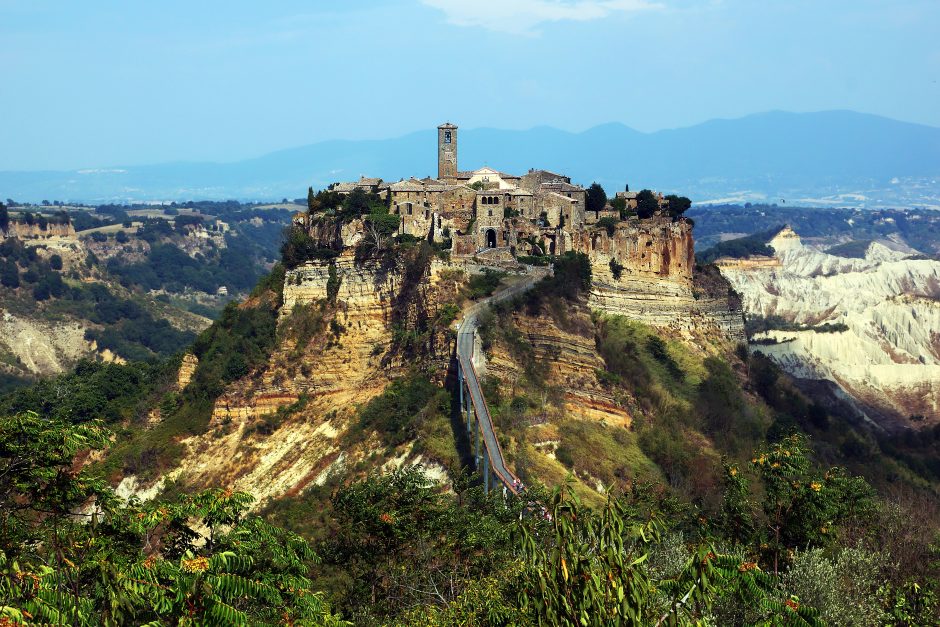 Tuscia, Sabina, Agro Pontino, Ciociaria, Castelli Romani and, of course, Rome: there isn’t an inch of Lazio, Italy’s second-most populated region, that doesn’t boast its own traditions. Pinning down this region’s culinary culture isn’t easy: its dining tradition is complicated and is characterised by places, villages and hamlets that, though geographically near to each other, have very different customs and habits. Here is a selection of foodstuffs that represent the Lazio region, chosen specially for you.

Proceno red garlic Grown in Proceno and Acquapendente, it has a spicy flavour and a rather intense, long-lasting fragrance.

Bucatini Thick, hollow spaghetti; a food with a long history that is traditionally made by rolling pasta dough around a wire.

Artichokes Romanesco artichokes lack thorny tips and are notable for their typically sweet, intense flavour. In contrast, Sezze artichokes are spherical, small and grow in the area surrounded by the Lepini mountains.

Guanciale A speciality of the towns of Amatrice and Accumoli, guanciale is made from salted and spiced pork cheek. It is an essential ingredient of many traditional recipes, from pasta alla carbonara to pasta all’amatriciana.

Hazelnuts One of the areas that produce the most hazelnuts in Italy is Tuscia. There are three main varieties: tonda gentile, nocchione and tonda di giffoni.

Extra-virgin olive oil Of the various varieties of olive oil in Sabina, we particularly recommend carboncella, frantoio and raja. The Colline Pontine area specialises in itrana, also known as oliva di Gaeta, the undisputed queen of local production, while Tuscia specialises in caninese and rosciola.

Pecorino romano Despite what the name suggests, pecorino romano is not made from local milk. Almost all production takes place in Sardinia. What we have here is an Italian cheese that is famous the world over, protected by PDO certification and made in Sardinia, Lazio and in the province of Grosseto.

Pinsa romana The ancestor of today’s Roman pan pizza, with a long, oval shape, this pizza is made from wheat, soy and rice flour. The dough is light and easily digested.

Porchetta di Ariccia A delicacy from Castelli Romani made of cooked pork, it has enjoyed PGI (Protected Geographical Indication) certification since 2011.

Prosciutto di Bassiano Thanks to the constant draughts created by the cold winds of the Lepini mountains as they come into contact with the damp climate of the Pontine Marshes, the town of Bassiano is the perfect place to naturally cure meat. The most famous result is its ham, prepared from pork haunch flavoured with garlic, pepper, white wine and then salted twice.

Puntarelle Usually eaten raw with an olive oil, garlic and anchovy dressing, puntarelle are the shoots of a variety of chicory.

Pecorino cheese: a cheese with a long story

3 Surprising benefits of Mozzarella for your health

SPIRULINA, THE FOOD OF THE FUTURE, RECCOMMENDED BY FAO