A FOOD AND WINE TRIP ACROSS PIEDMONT 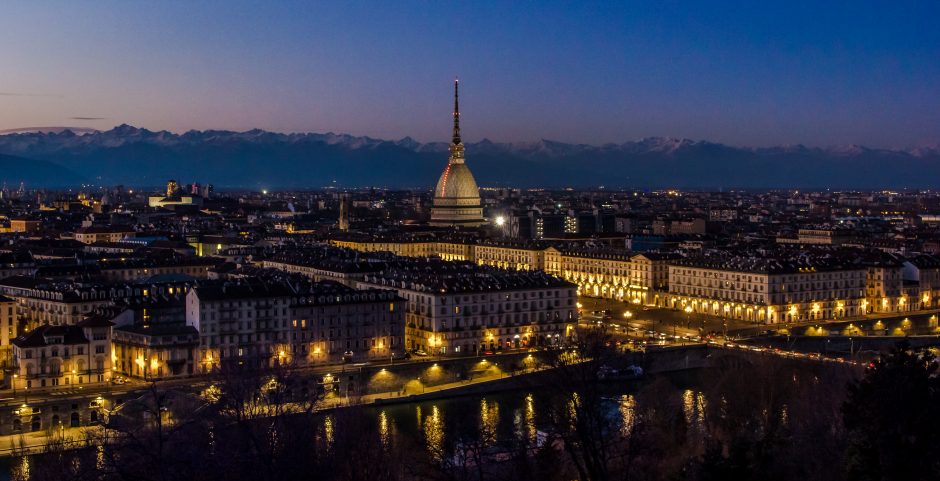 Travelling across Italy means, among other things, exploring the traditional food and wine of each place and experiencing the magical atmosphere of rural locations boasting a wealth of flavours and delights. Take Piedmontese cuisine, for example, which owes its origins both to the Royal House of Savoy and the dining habits of its farming population. That’s why you’ll find dishes and recipes that vary enormously, which can be quite rich, ornate and complicated even if made with simple ingredients. We recommend the following food and wine tasting tour of Piedmont, which will introduce you to the culinary delights of this beautiful region in the north of Italy.

Let’s start with delicious desalted or oil-preserved anchovies and tomini cheeses, served with two traditional Piedmontese sauces: bagnet verd, made from parsley and anchovies, and bagnet ross, made from peppers and tomatoes.

Traditional Piedmontese agnolotti are small egg pasta squares with a roast meat filling. They’re served in butter and sage or in a ragu sauce. The plin variety are typical of the Langhe and Monferrato areas and are smaller and rectangular. Instead, the only place you’ll find donkey agnolotti in Piedmont is in the town of Calliano, Asti. Then there’s tajarin (egg tagliatelle), Barolo wine risotto and panissa: a special risotto that, depending on the area, is made with beans, carrots, cabbage, onions, red wine, lardo cured pork fat, salt and pepper.

First comes Brasato al Barolo or al Barbera: meat stewed in those particular wines. Then there’s cervo al civet, a venison ragu sauce made with onions and red wine, and agnello sambucano lamb, a variety that comes from the province of Cuneo. Last but not least, there’s the famous finanziera: a peasant dish made with beef offal and cockerel giblets.

Piedmontese dishes worth an entire meal

Any tour of Piedmontese cuisine can’t fail to include two traditional dishes that are particularly convivial and easy to find in winter. One is bagna cauda: a sauce made from olive oil, garlic and desalted anchovies that is actually more of a social rite than a dish. A terracotta bowl of this sauce is placed in the middle of the table and a range of raw and cooked vegetables are dipped in the warm sauce. The other traditional dish is fritto misto alla piemontese, which should traditionally consist of 18 breaded and fried courses: a selection of meats, vegetables and even sweets and fruit.

Three specialities of the region that are known well beyond national borders deserve special attention: truffles, grissini and hazelnuts.
– Truffles are the valuable tuber whose black version grows mostly in the areas of Monferrato, the Langhe, Roero and the southern hills, while the world-famous white truffle grows in Alba.
– Grissini are traditional breadsticks and one of Turin’s most famous and widely available culinary specialities.
– Nocciola di Piemonte is a variety of the PGI hazelnut grown in parts of the provinces of Cuneo, Alessandria and Asti, boasting a fragrant aroma and a mild taste.

Piedmont’s traditional dessert is bonet, a delicious chocolate pudding made with egg, milk, cocoa, sugar, liqueur and amaretti biscuits. Another regional delicacy is Turin’s giandujotto, a chocolate shaped like an upside-down boat made from a special kind of chocolate known as gianduja. Krumiri are the famous biscuits of Monferrato made with flour, butter, sugar and eggs.

Piedmont’s wines are considered amongst the finest and most highly prized wines in the world: whites and reds, DOC- and DOCG-certified in an enormous range of labels of the utmost excellence. Roero Arneis, Barbera d’Asti, d’Alba or del Monferrato, Barbaresco, Nebbiolo, Barolo, Cortese di Gavi, Grignolino, Erbaluce di Caluso, Freisa and Moscato d’Asti are the most famous wines. It is worth mentioning two famous liqueurs of Turin as well: Vermouth, a spicy fortified wine invented in Turin in 1786, and Martini.

Some basics of Italian food culture you should to know

Take a look at the food label: news from Food Information to Consumers