A FOOD TRIP ACROSS ABRUZZO 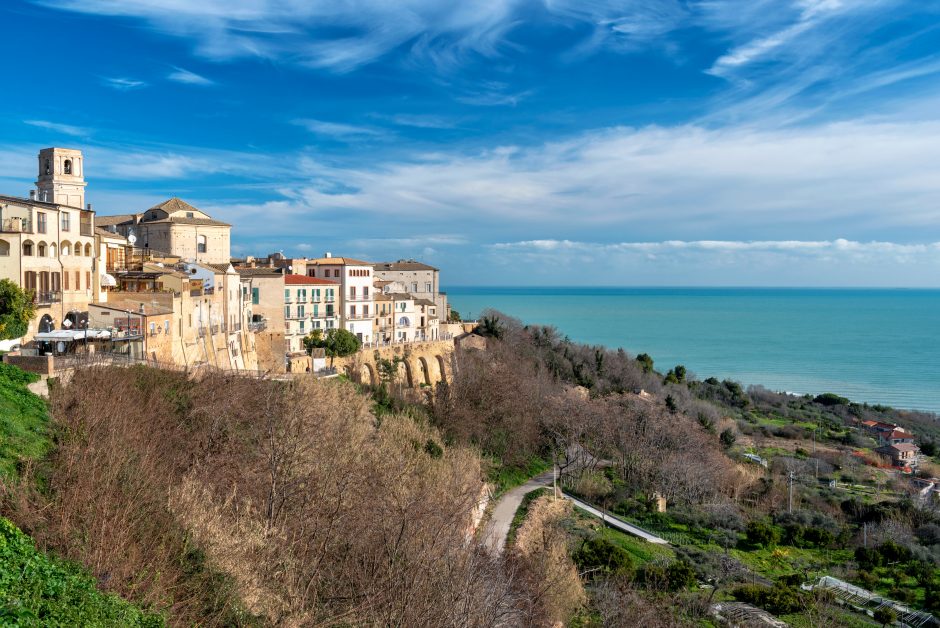 Abruzzo is a region located in the South-Central area of Italy between the Adriatic Sea and the central Apennines mountain chain. Long underrated, it is the greenest area in Europe as more than a third of its surface area is covered by Parks and Reserves. In 2016, the influential US newspaper Huffington Post classed Abruzzo fifth out of the best 12 regions in the world for quality of life. In 2019 the US All-News CNN television channel nominated it as the “hottest” holiday destination of the moment, defining Abruzzo as an “Italy concentrate”. According to CNN, the sea and mountains, national parks, natural reserves and lakes, medieval villages, UNESCO World Heritage Sites – without ignoring its huge oenogastronomical heritage – represent everything that tourists picture when imagining a stay in Italy.

Closely connected to its gastronomical traditions, the cuisine of Abruzzo is one of strong, robust and spicy flavours, with an incredibly widespread use – especially in the province of Aquila – of the highly esteemed and aromatic saffron which is the very foundation of many Abruzzo dishes.

Starters. There is no better way to start a good meal than with a tasty liver sausage bruschetta, perhaps accompanied by scamorza cheese crostini and the famous cazzimperio, an exquisite creamed cheese to spread on a slice of toasted bread. A definite must is the scapece vastese, a recipe based on fish and saffron, and sperone anchovies, covered in a delicate egg- and flourbased batter and then fried in olive oil.

Pasta dishes. Famous throughout the region, maccheroni alla chitarra are served with a flavoursome ragout of pork and rabbit. Just as delicious are the cannarozzetti, a special type of pasta with saffron-flavoured ricotta. While the fettuccine all’abruzzese with pancetta, pecorino cheese and basil and tagliatelle with a snail sauce – also very popular in this region – are of rather more unique taste.

Meat dishes. Meat plays an important role in Abruzzese cuisine, especially chicken which is prepared in a myriad of different ways: with saffron, alla franceschiello (with chilli pepper, rosemary and olives) and all´abruzzese, with peppers and tomatoes. Another definite must is the particular lamb with cheese and egg, roasted and covered with a special sauce made with a very tasty pecorino cheese which, in this ancient land of shepherds, is still produced following techniques that have been handed down through the generations. Finally, the legendary arrosticini, char-grilled geld-meat skewers which are considered Abruzzo’s best in street food.

Desserts. The delicious cassata sulmonese, made with sponge, sugar, torrone and almond brittle has to be tried to be believed. Other delicacies to enjoy include bocconotti, yummy pastries filled with grape jam, cinnamon, toasted almonds and chocolate, and pepatelli, made with quality Abruzzese honey and pepper, a rather unusual but certainly effective blend.

Wines. Abruzzo boasts one of the most famous wines in Italy: Montepulciano, a full-bodied red that is the perfect accompaniment to meat pasta dishes, roasts and barbeques. Three whites are also worthy of mention: Trebbiano, a legendary wine of the region that is perfect with fish starters and pasta dishes, Pecorino and Passerina.

For more than 30 years, Europeans countries have imposed quotes on milk production. Now, the end of EU milk…

How to have an Italian Christmas meal

Like everything else in Italy, also Christmas traditional meals depend on the region. But, here below are some of…