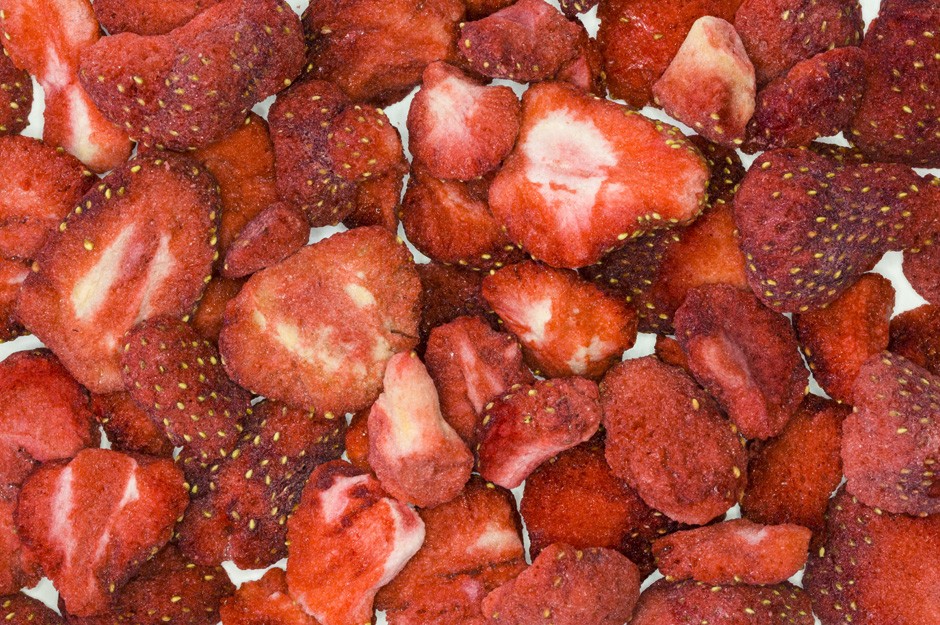 In our article Introduction to Drying Food: the oldest method of preserving food,we talked about the freeze-drying technique as a special variety of drying method to preserve different kind of food.

What is freeze-drying and when is it used?

Freeze-drying, also called lyophilization, is a process where food is quickly frozen, and then the ice is turned into water vapor and removed by placing the frozen food in a vacuum, resulting in a dehydrated product. Freeze-drying food requires special equipment, so people do not usually do this at home, instead purchasing products from companies that specialize in this process.

The basic process of freeze-drying food was known to the ancient Peruvian Incas of the Andes: the Incas stored their potatoes and other food crops on the mountain heights above Machu Picchu. The cold mountain temperatures freeze the food and the water inside slowly vaporize under the low air pressure of the high altitudes.

You can rehydrate freeze-dried food using either cold or hot water, so you can carry the food you need. Their long shelf life also makes freeze-dried foods a viable option for emergency food stores.

What wonders does the food & beverage industry have in store for us in 2018? For the past…

In the culinary world of edible mushrooms, Piglets or Porcini are the ruling class of mushrooms. Porcini variety…

THE IMPACT OF RAISED ENERGY PRICES ON FOOD PRODUCTION

Since the beginning of the Russian invasion of Ukraine, energy and food prices have significantly risen. The impact of…