Amaretti biscuits: Italian temptation on a tin since 18th Century 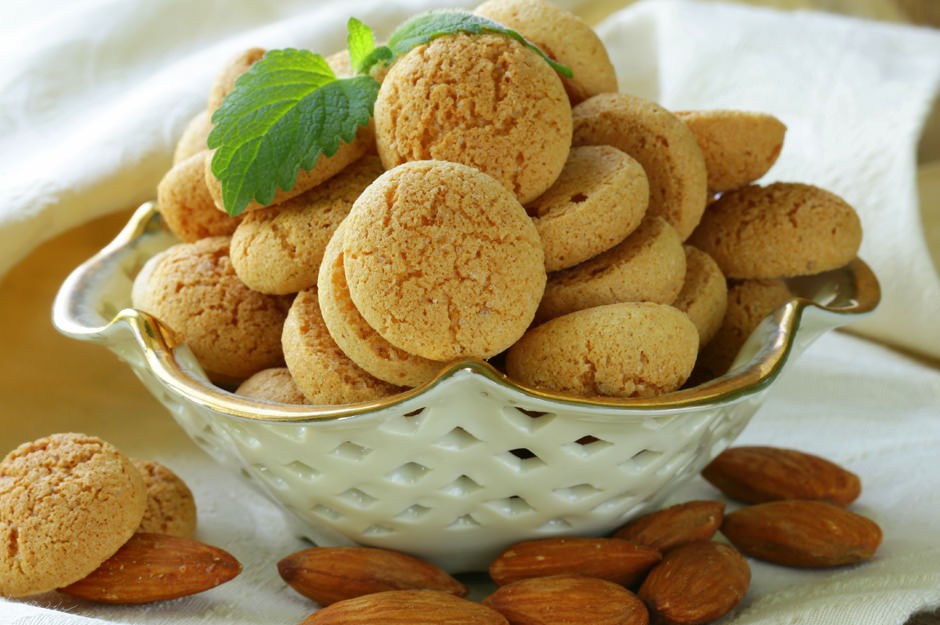 Amaretti biscuits, the historical biscuits from Saronno (a little town in Northern Italy), are known worldwide for its flavor and unique taste, but not everyone knows that they have an important role also their fabulous tins.

The Amaretti archive is kept in the cloisters of a 14th-century Franciscan church in Saronno and there are legions of tins here, some dating from the 1870s. The earliest ones are real works of art: made from tin or wood, wrought in strange shapes, decorated with glamorous women, romantic moonlit landscapes, fields of tally-hoing huntsmen or Christmassy urban scenes, all picked out in gold and silver, vermilion, purple and green. Later versions are more prosaic, but still with the kind of Italian glamour that is often missing from the stacks of common biscuit boxes lurking in supermarkets also during Christmas period.

The man who put the biscuits into tins was Luigi Lazzaroni, who also bought the cloisters (chiostro) wherein the tins now reside. Mr. Lazzaroni spent a lot of time in England (which explains the predominance of English hunting scenes in his tin museum), the only other country, according to him, that was baking interesting biscuits. A love, which between Amaretti and Great Britain, that continues today how the shelves of supermarket prove.

The romantic history of Amaretto

The legend tells that in 1719 a cardinal from Milan came to visit the local church and a couple decided to make a special biscuit to commemorate the occasion, but they had only limited ingredients – ground apricot kernels, sugar and egg whites. Apricot kernels are poisonous, but not if you bake them at a certain temperature – which they did, wrapping the resulting biscuits individually in thin, beautifully printed paper.

Packaging and tins are a wonderful and successful marketing strategy since 18th century as well as the recipe of Amaretti biscuits.

Amaretti biscuits have been producing by the family Lazzaroni since 1847 and soon they will be the 10th generation to look after this part of the Italian pastry-making history.

The most used preservation methods chosen by the food industry