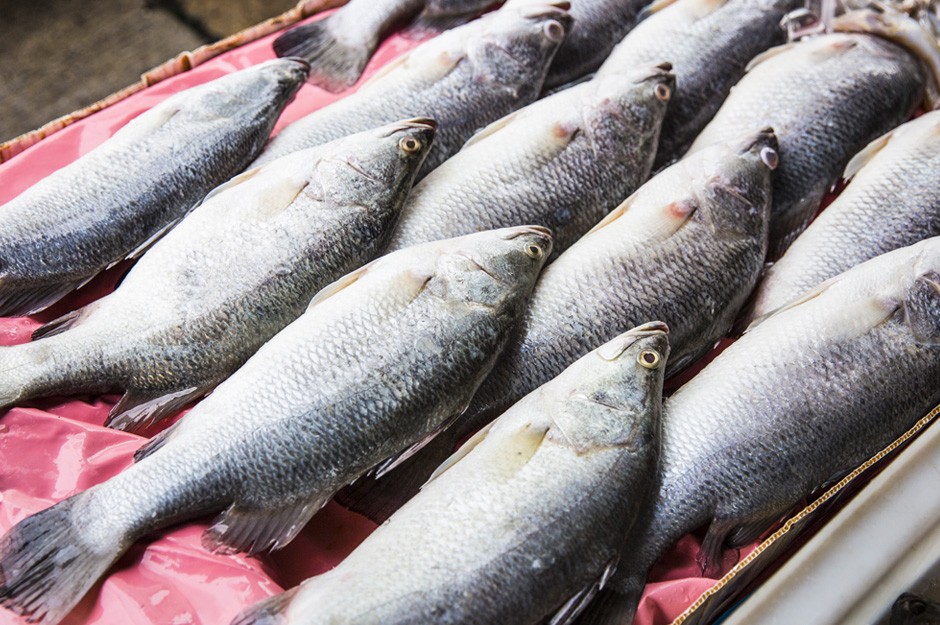 The barramundi is an icon of Western Australia’s Kimberly region, but it is distributed throughout coastal areas that span from the Persian Gulf to China, southern Japan, southern Papua New Guinea and northern Australia. Barramundi live in both freshwater and saltwater and dominate many tropical rivers. Habitats include streams, rivers, lakes, billabongs, estuaries and coastal waters.

Distribution and lifecycle of Barramundi

Barramundi’s lifecycle includes freshwater, estuarine and marine phases. In the wet season (from October to April), sexually mature adults migrate from freshwater to coastal estuaries and river mouths to spawn. A female can produce up to 40 million eggs during the spawning season, even if more than 90% of larvae and juveniles die in the first few weeks or months. The larvae remain in the mangrove until the end of the wet season, then the juvenile fish migrate into rivers and freshwater, where they become adults over the course of three or four years. If they can’t access to freshwater, they remain in coastal areas. When Barramundi become sexually mature they migrate back to the saltwater to spawn.

Barramundi can change sex from male to female. They become sexually mature as males at about three to four years of age, then males turn into female from about five or six years of age, but require saltwater for this sex change. They eat small fish, aquatic insects and small crustaceans, such as prawns. Adults eat mainly fish, including other barramundi.

Barramundi, your fish is served!

Barramundi has gained the reputation of one of Australia’s finest fish to eat. Barramundi are excellent fish to eat at the table; it’s caught in estuarine waters and has a delicious flavor, it has firm, white and fine-gained meat. Today, Barramundi is raised in farms and wild fisheries in order to supply the growing global market. They’re sold at 1.5 to 2 pounds which they grow to be in less than a year and makes them suitable for aquaculture. The farming of Barramundi fish started in Thailand back in the 1970’s and later spread throughout Southeast Asia. They’re also raised in Australia, Malaysia, the Philippines, Vietnam and the USA. The world’s biggest supplier is Indonesia, where they produce 5 to 10-pound barramundi fish is wild fisheries.

Barramundi is a versatile fish and has a high enough oil content to keep the flesh moist while cooking. Thanks to its mild flavor, it’s good in a large variety of sauces and with different spices and is wonderful cooked on the grill and served with a lemon butter sauce.

The Australian aborigines traditionally cook Barramundi fish by wrapping it in wild ginger plant leaves and baking it in hot ashes.

Italy is on the way to becoming the Food Truck capital. According to data analysed by Unioncamere on…

THE ORGANIC PRODUCT MARKET IN ITALY

In 2017 the value of organic Made in Italy production was equal to 5.6 billion euros. Italy is…