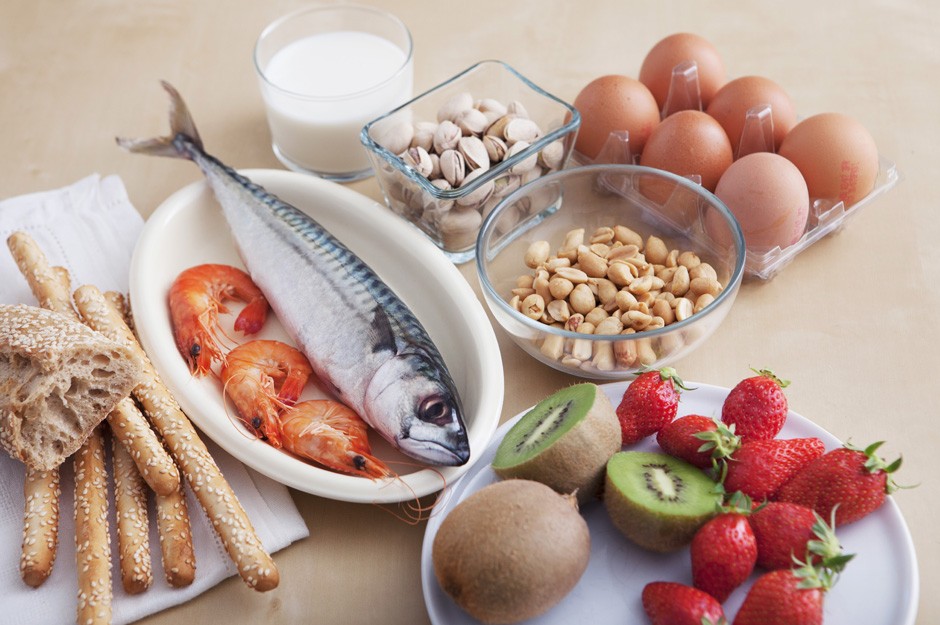 Allergy is an immune response

Food allergies are an overreaction of the body’s immune system to a protein. These proteins may be from foods, pollens, animal hair, house dust or mold. They are called allergens because the immune system has responded to a harmless substance as if it were toxic. The immune system makes specific IgE antibodies to “fight off” the allergens found in the foods. A specific IgE blood test can confirm this type of allergy correlate with clinical symptoms.

Usually, food allergy reaction is immediate, from 12 to 24 hours after consuming the food and the symptoms can be life threatening. Common symptoms include:

To prevent injury or death, a person with anaphylaxis shock requires an injection of adrenaline: people who are at risk of anaphylaxis are prescribed an adrenaline auto injector.

Common foods that cause allergies are:

Allergies in general are increasing worldwide and food allergies have become more common, in particular peanut allergy in preschool children together with cow’s milk allergy.

Sometimes, people can tolerate a well cooked version of the food but will react to the food in its semi-cooked and raw state. For example, eggs in a cake are often well tolerated, but may cause reaction when they are boiled.

Food intolerance is a chemical reaction

Food intolerance can be a difficult concept to understand also by doctors. In general, we can say that food intolerance is a chemical reaction that some people have after eating or drinking some foods. So it’s not an immune response and not involve IgE antibodies. Food intolerance has been associated with asthma, chronic fatigue syndrome, upset stomach and irritable bowel syndrome.

The most common causes of food intolerance are:

Symtoms of food intolerance can include:

The foods that tend to cause food intolerance include:

It is possible be intolerant to several different foods at the same time, in this case it’s very difficult to determine what kind of food is the real cause of the illness.  The duration of food intolerance is not defined, but after excluding the problematic foods the symptoms disappear and people can rentroduce the offeding food in some months. Obviously there are some exceptions, it’s the case of people who lack the enzymes needed to digest foods. For example in lactose intolerance the enzyme isn’t produce  in enough large amounts to break down the lactose (milk sugars). Other similar reaction is for chemical components produced naturally in foods such as caffeine or histamine in foods like strawberries, chocolate and ripe cheese.

Avoiding the food: how live with food allergy

In case of food allergy, the only thing to do is to avoid the problematic food. In that case, it’s very important to learn the terms used to describe these foods on labels. Here same examples:

Keep a diary of all suspected food related reactions, with records, dates and labels, will help to identify which foods cause specific symptoms. In all case, intolerance or allergies, always read carefully the food labels and turn to a specialist doctor and a nutritionist.

Food consumer guide: how to read a food label with an infographic

Italy is the most bio diverse country in Europe: why biodiversity matters