DISCOVER THE SECRETS OF THE WHITE TRUFFLE 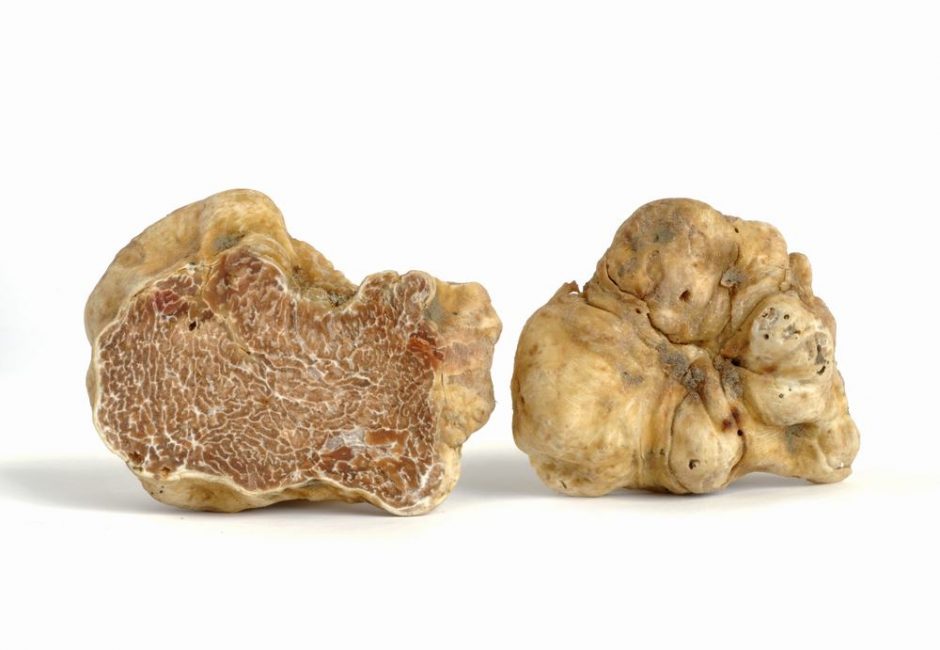 A short existence, a very strong scent, a mysterious form of reproduction: most of the attraction of the Alba white truffle revolves around these three enigmas, which science is attempting to solve. Let alone that this product lives underground (it is a hypogeus fungus) and it turns to a diamond worthy of the stock market due to its price: it is, indeed, an unmissable ingredient in the recipes of numerous Michelin-starred chefs.

A few months ago, the journal Nature Ecology and Evolution has published the results of a research project leading to the full gene mapping of the Tuber magnatum Pico, namely the white truffle of Alba. By reading its DNA, the genetic foundations of the fungus have been revealed.

The white truffle of Alba lives underground for a short period of time – about a month and a half – and despite an infinite number of efforts it cannot be farmed. It requires a certain humidity level, and its quality greatly depends upon the health of the plants it lives a symbiotic relationship with. It has no flowers, nor plants sprouting on its outside: it is deprived of pollination. So how can it scatter its spores and not go extinct? In a few hundred thousand years of history, the truffle has developed its distinguishing scent, which is irresistible to forest animals – snails, wild boars – and dogs, which dig and unearth it. This is how the precious diamond of Alba ends up in our dishes. But before doing so, its spores have flown in every which way. And its story can go on.

The Borsino di Alba (the ‘little Alba stock exchange’) establishes prices for high-quality, wellpreserved samples weighing between 20 and 30 grams (about 0.7-1.0 oz). In 2019, the average value recorded was 350 euros per 100 g (3.5 oz), far from the values recorded in 2012 (500 euros) and 2017 (450 euros). What influences its price is of course demand, along with a crucial variable: climate. Truffle hunting is done at night, with dogs: there is no such thing as a private hunting ground; it all takes place in the woods and spontaneous truffle grounds. It starts in October, and ends in January, with strictly traditional methods. In Piedmont alone, there are 4,000 truffle-hunters (known as trifulau), who must own a license upon having passed a specific exam.

It is hard, if not impossible, to estimate the worth of ‘trufflenomics’ in Italy, while at the international level, its turnover is estimated to be just below 5 billion euros.

A FOOD AND WINE JOURNEY THROUGH APULIA