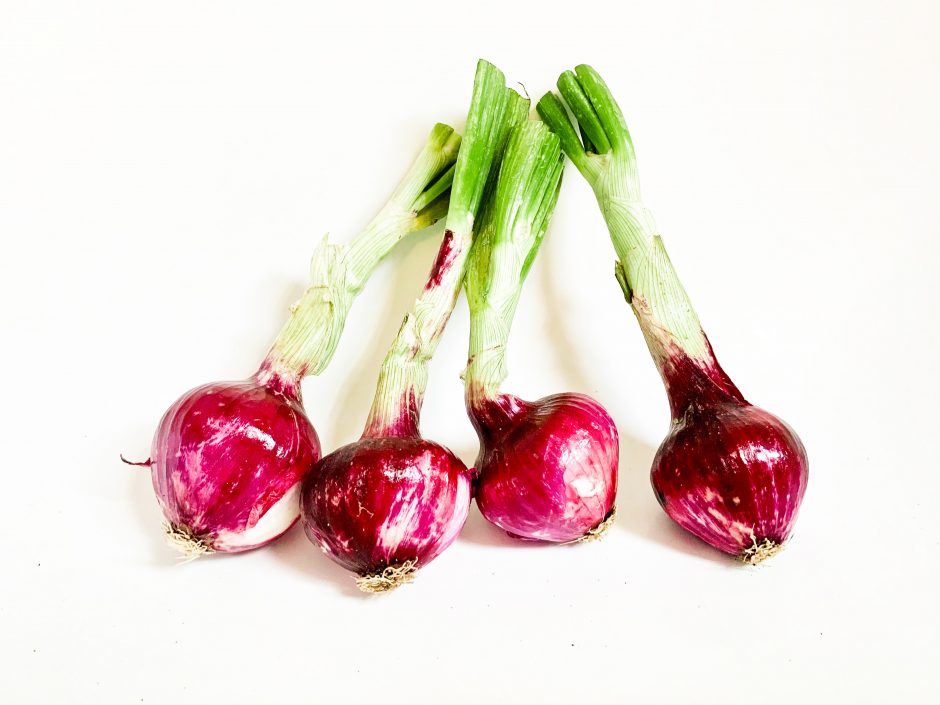 Whether red, white, flat, mild or pungent, onions are one of the staples of the Mediterranean diet. Scientifically known as allium cepa, onions are a bulb full of mineral salts and vitamins that, raw or cooked, produce unmistakable fragrances and flavours. There are a host of native Italian varieties that are essential ingredients in the most well-known dishes. Every area has its own cultivar boasting unique characteristics. Let’s explore the most important of these:

The Acquaviva red onion: a variety from Puglia, it has a large, flat shape and a purplish colour, though the flesh inside is white. It is harvested in July and August.

The Alife onion: an ancient variety, this onion is grown in the area of Caserta, in the Alife plain after which it is named. In Roman times, it was used as a painkiller. It has a copper-red skin and a fairly mild flavour.

The Banari onion: we need to travel to Sardinia to discover the Banari onion. This is one of the biggest varieties: it weighs over 400 grams and is flat. It has a golden skin and white flesh.

The Barletta white onion: a white onion sown in spring and harvested approximately three months later, it is an early crop. This onion is eaten fresh or pickled.

The flat red onion of Bassano: grown in the area of Bassano del Grappa, it has a flat shape and white flesh. There are two varieties: an early- and late-harvest crop.

The Boretto onion: in the Po River plain, they have always grown an unusual type of onion that takes its name from the local area: Boretto, in the province of Reggio Emilia. It is usually pickled.

The Breme red onion: grown in the province of Pavia, this onion has over ten centuries of history. It is known as la dolcissima (‘the very sweet one’) due to its aromatic qualities.

The Brunate onion: this vegetable is at risk of extinction and is not easy to find. It is a white onion variety that isn’t particularly big and has a rounded shape.

The Cannara onion: Cannara, in the region of Umbria, celebrates this onion with a festival in September. It is grown by local families who pass on its secrets from generation to generation.

The Cavasso and Val Cosa onion: a pink variety typical of western Friuli, with a crunchy, mild centre.

The Certaldo onion: this onion is a symbol of the city of Certaldo: it was already included on the town’s coat of arms back in the 12th century. There are two varieties: the Statina, with a rounded shape and purple hue, and the Vernina, which is red and pungent.

The Chioggia white onion: originally from Iran, this variety was brought to Egypt by the Assyrians and Babylonians, made its way to Greece and finally ended up in Italy and throughout the Mediterranean basin. In the past, it was used by the fishermen of Chioggia to preserve their fish, so it’s no surprise that a typical dish of the area is marinatura in saor, i.e. fish marinated in oil, vinegar and plenty of onion.

The Ligurian Egyptian onion: also known as the ‘onion tree’, it has an ancient history. Mainly grown in Liguria, it is very common in the areas of Ventimiglia and the Nervia valley. With a thick, tough skin, it can be used both cooked and raw.

The Giarratana onion: this variety is notable for its large size, flat, squashed shape and its white-brownish hue.

The copper onion of Milan: this onion has an elongated shape and is notable for its intense copper colour. It is full of nutrients, particularly vitamin B, and is sown in March and April.

The Montoro onion: grown in the area of Montoro, which spans the provinces of Avellino and Salerno, it has a mild, delicate flavour.

The Paglina onion of Castrofilippo: this onion is harvested from June, when the leaves are still green, to August, when the onion festival takes place. It is notable for its pale yellow colour.

The Yellow of Parma onion: this is one of the most widespread and commonly grown onions. It has a golden skin.

The Sermide onion: grown in towns along the Po River, it has a mild flavour and a straw yellow colour. Considered peasant food, having kept the masses fed during times of war and famine, it is now promoted as an ingredient of traditional local cuisine.

The Suasa onion: typical of the Marche region and grown in the provinces of Ancona and Pesaro Urbino, it has a pinkish colour and a notably mild flavour.

The Tropea red onion: this onion is grown in the provinces of Vibo Valentia and Cosenza. It was imported by the Phoenicians and, over time, has become one of Calabria’s jewels in the crown. It has an oval shape and a purplish hue. Its main characteristic is its mild flavour. It is rich in vitamins C and E, zinc and magnesium.

The Vatolla onion: this onion is named after a place near Perdifumo, in the province of Salerno. It is a traditional vegetable of the Cilento area and is included in Ancel Keys’s Mediterranean diet. It is very mild.

The Vernina onion of Florence: this onion has a bright red colour and an unusual flat spinning-top shape. It is most commonly grown near the towns of San Casciano Val di Pesa and Soffiano. It is notable for its strong, uncompromising flavour and fragrance.

THE COUNTDOWN TO ANUGA 2017