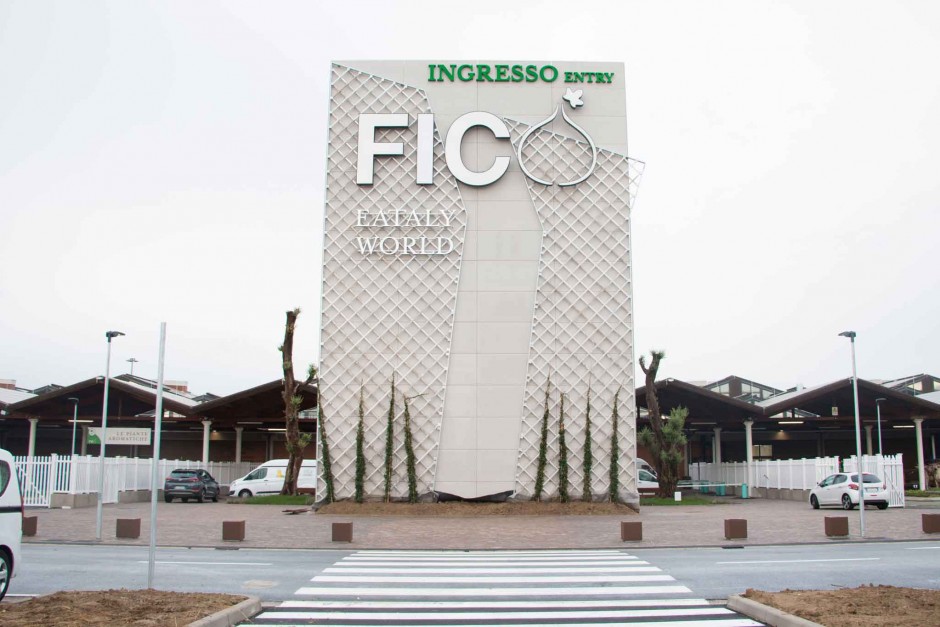 F.I.CO. (Fabbrica Italiana Contadina) Eataly World, the largest food park in the world, opened its doors for the first time on 15 November 2017 in the historic city of Bologna, a place with a rich culinary tradition.

The brainchild of Eataly’s founder, Oscar Farinetti, and constructed in just over four years, the Disneyland of the Italian food & beverage industry occupies a surface area of 100,000 square metres, employing approximately 700 people, a figure that grows to 3,000 if you count ancillary businesses. FICO is a unique place where food is grown and produced, where you can taste Italian specialities and find out about the way these delicacies, the best of the country’s foremost food producers, are created at first hand.
The park includes two hectares of fields and stables with over 200 animals kept outdoors, plus eight hectares of indoor halls that power themselves thanks to their solar panels, where 40 food manufacturing companies (from dairies to companies that produce fresh and cured meat, grains and pasta, fresh fruit and vegetables and preserves, fish, wine, beer and even sweets) are located. There are also 45 refreshment areas, shops and spaces set aside for sports, children, reading and facilities.
As well as the 150 companies that have their own exhibition space there, Fico boasts six lecture halls, six educational ‘rides’ complete with interactive aids, a theatre, a cinema, a modular conference centre that seats from 200 up to 1,000 people and even a post office, where you can post the delicacies marked ‘Made in Italy’ all over the world. Last but not least, there’s the FICO Foundation, headed by the economist Andrea Segrè, which includes four universities among its members.

‘As well as attracting visitors from all over the world, Fico should represent Italy with all its food specialities and its biodiversity,’ said its founder, Oscar Farinetti. ‘We will present Italian food starting from the beginning, from the raw materials, to show people how they are used to make end products of the highest quality.’

News and updates on Fico Eataly World will shortly be available on: https://www.facebook.com/italianfeelings/