FROM FOX TALBOT TO INSTAGRAM: THE HISTORY OF FOOD PHOTOGRAPHY 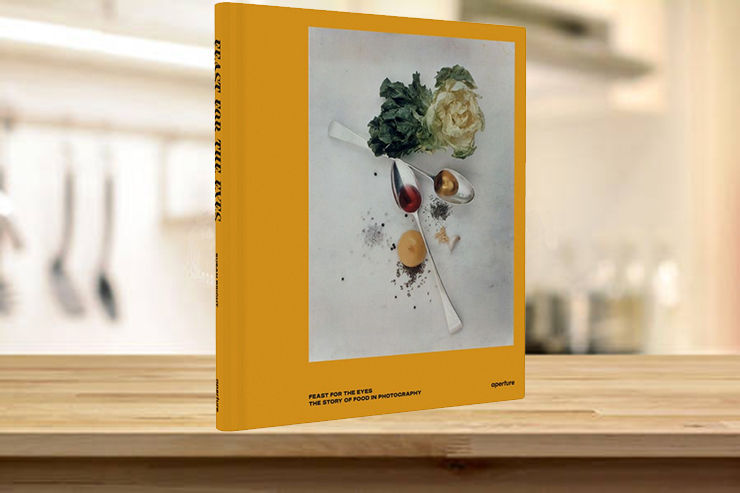 When we talk and write about food nowadays, the captivating power of images plays a major role. When we leaf through cookbooks, food blogs or the website of a famous chef, we increasingly concentrate not on the taste but on the visual appeal, which communicates directly with our eyes and mind well before our taste buds.
Photographs posted on Instagram are merely the culmination of almost two centuries of food photography that, in turn, was inspired by still life paintings. The book Feast for the Eyes, published by Aperture and compiled by Susan Bright, tells the story of this evolution. The book is a chronological overview of how food has been represented from the mid-1800s up until the present day, which not only merges with the history of cuisine but with that of photography, advertising, trends, technology and printing as well.
The book opens with the first photograph to ever depict food on its own: a picture of a fruit basket taken in 1845 by William Henry Fox Talbot. It goes on to show the first images of dishes shown at the centre of a scene in a foreground arrangement, then old advertisements that showed a reassuring and orderly lifestyle, right up to food in street and fashion photography, cookbooks, magazines, Instagram accounts, photos by normal people and great artists like Nickolas Muray, Edward Weston, Irving Penn, Stephen Shore, Nobuyoshi Araki and Martin Parr.
While we’re on the subject of publications, Gourmet was the first truly specialised magazine. Published from 1941 to 2009 by Condé Nast, it was famous for its beautiful covers and illustrations, addressing a niche readership of foodies. This style was revisited by Bon Appétit, published from 1956 on, again by Condé Nast, and considered to be a more popular version of Gourmet. It is still published today and has a website that combines recipes, restaurant reviews, articles on food trends and pop culture sections such as the most popular dishes in TV series.
These days, most online newspapers and magazines have a food section that positively overflows with well-prepared photos and visuals, from the New York Times with its amazing special reports to the more elegant Food52. Then there are magazines that take the merging of food and art to its logical conclusion. The most sophisticated and aesthetically appealing is probably the Gather Journal, published biannually. It is laid out like a cookbook consisting of menus, combined with articles and short essays by artists, designers, photographers and writers. Every issue has a particular theme and is filled with anecdotes and pictures. Published by McSweeney’s in association with David Chang, the founder of the Momofuku Asian food chain, and the food critic Peter Meehan, the journal Lucky Peach is along the same lines as Gather, though it looks livelier. Issues of Lucky Peach are also themed and packed with photos, illustrations in different styles and sophisticated recipes by up-and-coming chefs, while the website combines traditional sections with others that are more creative, all equally stunning. You can move on to leafing through White Zinfandel, Gastronomica, Diner Journal, Kinfolk and Gourmand, but photo shoots and art that focus on food are really everywhere nowadays.

Stracciatella is becoming more and more popular everywhere as chefs all over the world, who appreciate its taste and…

Food drying is one of the oldest method of preserving food. In ancient times the sun and the wind…