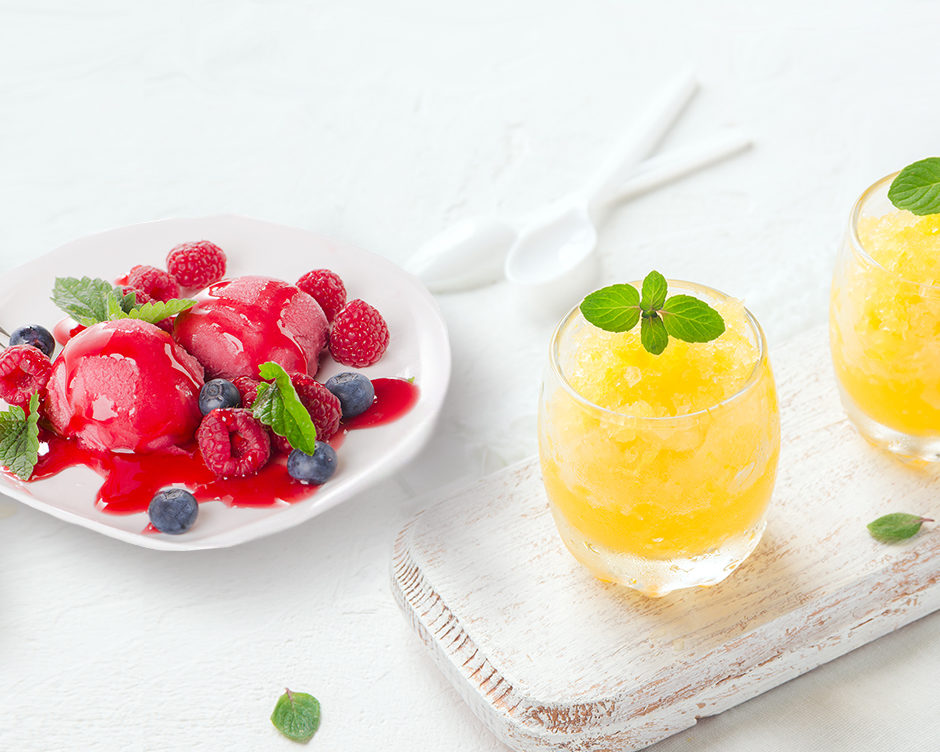 Probably created to counterbalance the effects of the high summer temperatures, Italian frozen desserts are rather enjoyable in any season and are now so popular all over the world that it is worth shedding a light on their own distinctive characteristics.

Gelato is undoubtedly the most famous one. According to the Istituto del Gelato Italiano , the association established in 1991 to protect the quality of this Italian excellence, gelato as we know it today was invented in Florence in the 15th century by the architect Bernardo Buontalenti. Prepared with natural ingredients such as milk, cream, eggs and sugar, it is produced in a huge variety of flavors obtained by incorporating in the basic recipe fresh fruit, nuts, chocolate, coffee and nowadays almost anything palatable, as long as it is fresh. In order to preserve its thick and dense creamy texture, gained by churning it slowly to allow less air in the mixture, gelato is served at higher temperatures than commercial ice-cream.

A great alternative to gelato is sorbetto (sorbet), an ancient frozen dessert probably invented in Sicily where, in Summertime, people used to mix the snow of Etna with some lemon juice or almond milk to create a refreshing drink. Made with fruit purée or fresh fruit juice and sugar (occasionally replaced by simple syrup or liqueur), sorbetto is dairy-free and, compared to gelato, also low-fat. Originally eaten as a palate cleanser between courses of large meals, the perfect sorbetto has a light, soft texture with no ice crystals.

A popular “street dessert” when the temperatures are very high, granita is prepared with water, fruit juice and a little sugar (only 25-35%, compared to sorbetto). The secret of its granulated consistency lies in a slow chilling process made possible by keeping the mixture in motion so that the air does not get incorporated and the ice crystals do not become too large. The semi-liquid texture of granita varies according to the city or region where it is produced: in Sicily, where it was invented, it is at its chunkiest on the west coast whereas in the east it is nearly as smooth as sorbet.

Genoese pesto sauce, the typical pasta sauce from Ligurian region, is official a candidate to the prestigious list of…

Europeans love the “Redheads”: the love story of Italian tomatoes

Europe is the main destination area of Italian tomatoes products and the turnover is running up. In according to…

According to Francesco Morace, social scientist at Future Concept Lab, the kitchen is where the unexpected encounter between…