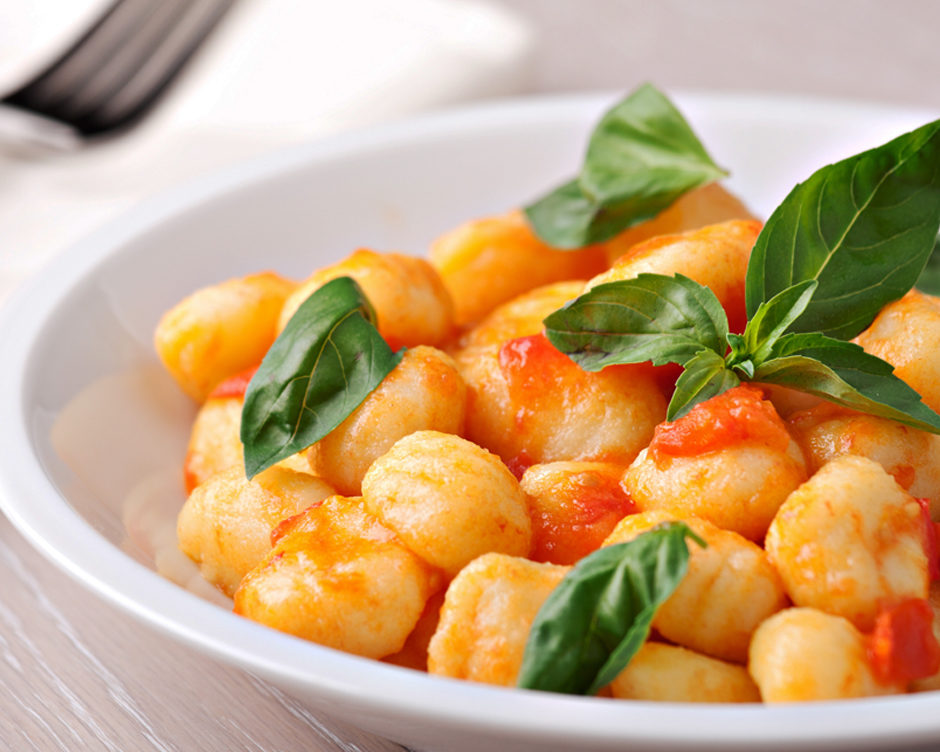 Potatoes, flour and eggs: it only takes a few ingredients to make one of the most loved main courses in Italy, Gnocchi. Shaped like dumplings, their preparation is similar to pasta as they are cooked in boiling water and then served with the preferred sauce.

The information about the origin of their name are rather debatable: some say that the word gnocchi comes from nocca, which means knuckle in Italian; other sources claim that it derives from the ancient Lombard knohha, that used to indicate a wood knot. Although their etymology is still unclear, it is interesting to notice that all the words that are allegedly linked with this delicious preparation always refer to the small, tight, rounded shape that gnocchi still have nowadays.

Their first appearance on our tables dates back to the eighteenth century – well after the Spanish explorers brought potatoes from South America and introduced them to Italian kitchens – but other forms of gnocchi have been known since the Renaissance. In his 1570 cookbook, Bartolomeo Scappi reports a recipe for gnocchi made by pushing through the holes of a cheese grater a dough made by mixing flour, breadcrumbs and water. Eggs were officially introduced a little later to add firmness to the preparation.

Healthy and very much loved as a great alternative to pasta and soups, Gnocchi in Italy are eaten as a primo piatto. Because of their shape and texture, they are perfect when served with thick, creamy sauces like melted Gorgonzola cheese or Pesto Genovese but they are also delicious with a simple dressing of butter, sage and grated Parmigiano. Despite enjoying a rather short cooking time, their preparation may take up to an hour: for this reason, packaged gnocchi are widely available in supermarkets and deli shops, either refrigerated or frozen.

The 2016’s is the year of healthy food and conscious consumers. From turmeric to oatmeal, these are some ingredients,…