Diet and nutrition, Logistics and supply 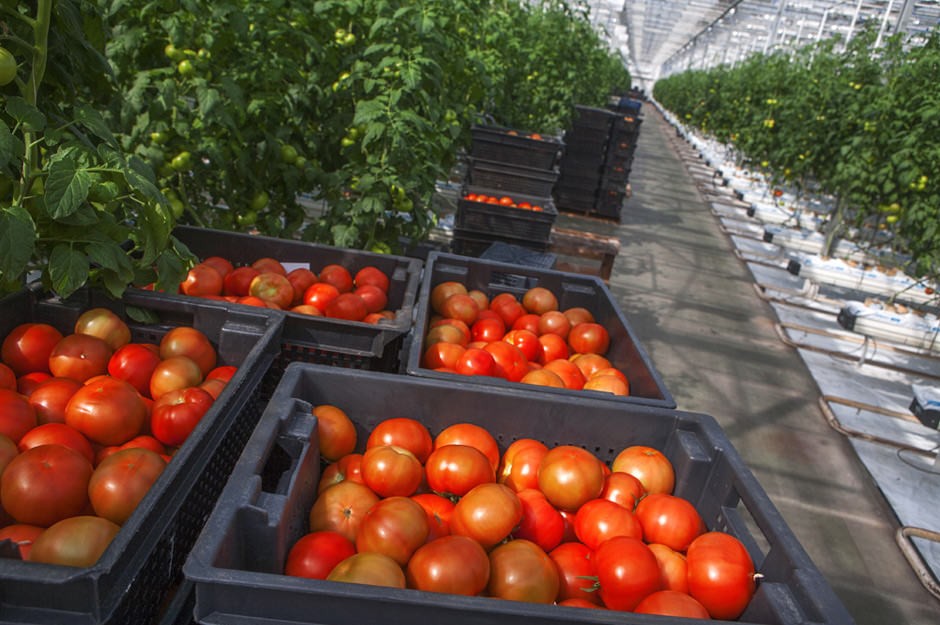 Cultivating and processing tomatoes is possible in many areas in Italy, but three regions account for almost 90% of production: Puglia, with more than 50%; Emilia-Romagna, with 30%  and Campania, with about 8%.

The region of Puglia produces more than half of Italy’s canned and jarred tomatoes (which mostly occurs around Foggia), but tomatoes get produced as far south as Bari and Brindisi. Foggia is a large area where the soil is filled with both clay and sand. North of Foggia, tomatoes are mostly produced for tomato paste, whereas in the south, they are grown and used mostly for canned and peeled tomatoes.

Although frequent windy weather conditions often wither the tomato plants and increase the need for water, these conditions also benefit of the plant’s health because it reduces the risk of bacterial diseases.  The most used types of tomatoes for tomato paste are mostly hybrids: Perfect Peel, Snob, Isola, Alange and Amur.

In the region of Campania, the most popular type of tomato was awarded the protected origin label: “pomodoro San Marzano dell’agro Sarnese Nocerino”. Tomatoes used for tomato paste (30% of the volume) are all machine harvested, however tomatoes used to make canned tomatoes are still mostly picked by hand, but machine harvesting for those types of tomatoes is being used more and more frequently.

Processed tomatoes are mainly grown around the cities of Parma and Piacenza, but they’re also grown in small areas surrounding Ferrara and in cities that are located north of the Po river. The climate is ideal for cultivating tomatoes because of the noticeable difference between day and night-time temperatures, which helps the fruit produce a good color. In those areas, tomato processing is done completely by machine and controlled by experts. In 2001, Northern Italy’s production (which included Tuscany and Umbria) reached 2,4 /2,5 million tons of raw tomatoes. 2001 was the first time that northern Italy’s tomato production exceeded Southern Italy’s production.

Tomatoes are gassy: ethylene gas is produced by fully formed mature green tomatoes. Inside the mature green tomato, two growth hormones change and cause the production of the gas, which in turn ages the cells of the fruit resulting in softening and the loss of the green color turning into a red shade. The ethylene increases the carotenoids (red and yellow colors) and decreases the chlorophyll (green color). Because of this process, tomatoes are one of the only vegetables, or fruits that can be picked before they’re completely ripe. There are a multitude of ways to prepare tomatoes: from dried to roasted, to stewed, canned or even frozen; as many ways as there are tomato varieties! Furthermore, they are rich in healthy properties:  the lastest scientific studies show how tomatoes can help to protect you against cancer. Read more about it here.

The best Italian cheeses pairings in a infographic

Ricotta, buffalo mozzarella, pecorino, gorgonzola…You are probably familiar with these and other great Italian cheeses. But do you know…

When it comes to Italian companies at Anuga, this year will see a full house: over a thousand…