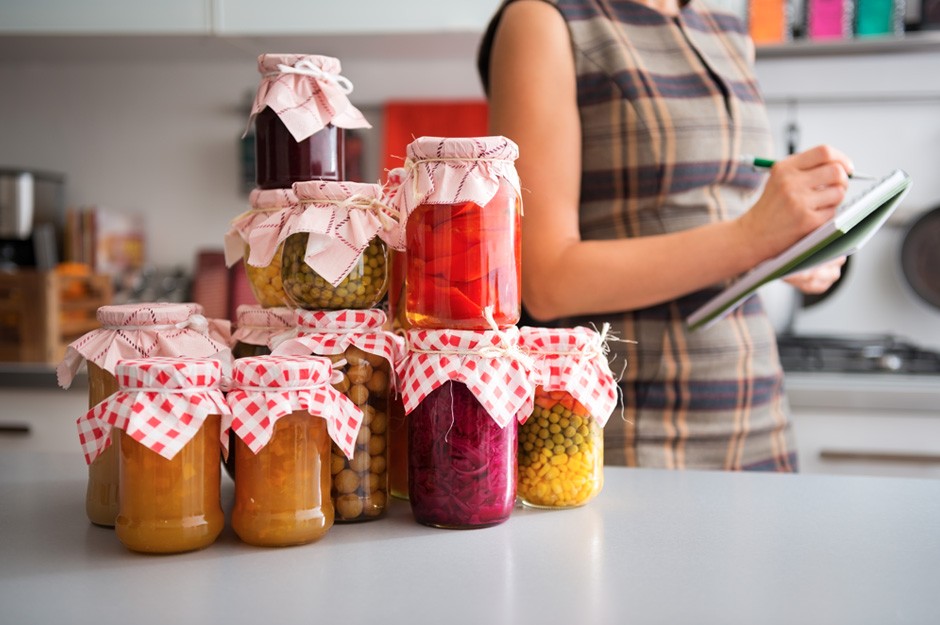 Food by its nature begins to spoil the moment it is harvested and food preservation enabled ancient man to make roots and live in one place and form a community. With the beginning of commerce, food preservation techniques have permited to transport goods from a country to another and disseminate different food culture.

Each culture preserved their local food sources using the same basic methods of food preservation, so in frozen climates people froze seal meat on the ice, meanwhile in tropical climates people dried foods in the sun.

In ancient times the sun and the wind would have naturally way dried foods. Evidence shows that Middle East and Oriental cultures actively dried foods in the hot sun: fish, meat, vegetable and fruits were also dried from the earliest times. Also Romans were used to dried foods and in the Middle Ages “preserving pantry”  special dispensa (dispensa) were created to dry vegetables and herbs in areas that did not have enough sunlight for drying.

Freezing was the preservation method prefered by cold regions: caves, cellars and coll streams were used for preserve foods and prolong storages times.  In United States freezing preservation was modernize early, first with the “icehouse” and then with the “icebox”. In the 1800’s mechanical refrigeration was invented and was quickly put to use. After some time a “quick freeze” process was perfected and revolutionized this method of food preservation.

The first beer was discovered when a few grains of barley were left in the rain. Microorganisms fermented the starch-derived sugars into alcohols. Fermentation not only could preserve foods, but it also created more nutritious foods and was used to create more palatable foods from less than desirable ingredients. Microorganisms responsible for fermentations can produce vitamins as they ferment. This produces a more nutritious end product from the ingredients.

Pickling is preserving foods in vinegar (or other acid). Pickling may have originated when food was placed in wine or beer to preserve it, since both have a low pH. There was a spectacular increase in food preservation in the sixteenth century owing to the arrival in Europe of new foods.

The earliest salting was actually dehydration: early cultures used salt to help desiccate foods. Salting was common and even culinary by choosing raw salts from different sources (rock salt, sea salt, spiced salt, etc.). In the 1800’s it was discovered that certain sources of salt gave to meat a red color instead of the usual unappetizing grey. Consumers overwhelmingly preferred the red colored meat. In 1920’ it was discovered that nitrities were in that mixture of salt and they inhibited the organism responsible of the grey color.

Preservation with the use of honey or sugar was well known to the earliest cultures: in ancient Greece quince was mixed with honey, dried somewhat and packed tightly into jars. The Romans improved on the method by cooking the quince and honey producing a solid texture. In northern climates, where  there isn’t enough sunlight to dry fruits, people learned to heating the fruit with sugar as methos of preservation.

Canning is the process in which foods are placed in jars or cans and heated to a temperature that destroys microorganisms and inactivates enzymes. This process create a vacuum seal which prevents other microorganisms from recontaminating the food within the jar or can. Canning was born in 1790, when a French pastry chef discovered that the application of heat to food in sealed glass bottles preserved the food from deterioration. The first experiment was a success, so canning was applicated on a wide range of foods including meat, vegetable, fruit and milk. In realty, the French who found this new method, didn’t fully understand it: it was thought that the exclusion of air was responsible for the preservations, but only in 1920 this method was link also to the microorganisms acrivity, the real responsible of the long-life of foods.

If you are interested about preservation techniqiue read also:

Federalimentare, the main Italian organization of food industry, showed at Expo 2015 the insights of Food Made in Italy…

Why does the best basil in the world grow in Prà, in the western part of Genoa? Soil…