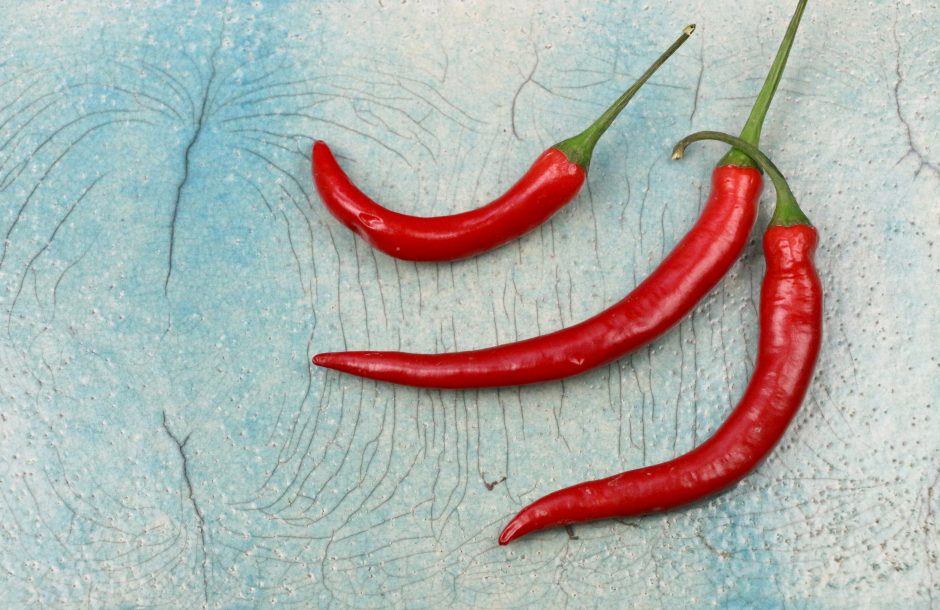 As he hunted for pepper and other spices, Christopher Columbus, who had left Palos de la Frontera to “buscar el levante por el poniente” (seek the East by way of the West) in 1492, discovered America and, along with dozens of other products unknown to Europeans, the chili pepper.
When the Nina, the Pinta, and the Santa Maria dropped anchor in San Salvador, the Native Americans had known the spicy fruit for at least 7,000 years. Oppositely, chili peppers were still unknown in the Old Continent: people used pepper, a gift of the gods, known since the dawn of time both as a condiment and as a preservative and medicine.
Upon returning from his second journey (in 1493), Columbus brought back chili peppers as a gift to the kings of Spain, who set to achieve considerable income through the sale of this new spice, appreciated by the aristocratic palates. But the monarchs hadn’t considered the popular and democratic nature of the chili plant itself. The ‘Indian pepper’ soon found a place in the old Europe: only 70 years after its arrival in Spain, botanist Andrea Mattioli spoke of it as “a rather common plant”.
In the 1500s there still was disagreement on how to name the fruit. The common denominator was always pepper: ‘Indian pepper’, ‘horned pepper’, ‘Maluku island pepper’. In the 1600s, the pool of names reached a standardization: pepper, bell pepper, chili pepper. In the 1700s, Linnaeus assigned a binomial nomenclature to it: Capiscum annuum. Capiscum derives from the Latin word capsa, meaning ‘box’ (of seeds).

Today there are over 3,000 chili pepper types grown all around the world. Among the most famous (and hottest), there are the cayenne, the habanero, and the red savina. Paprika, delicatesse, and serrano are instead among milder peppers. Chili pepper from Calabria is excellent, and offers its taste and spiciness to ‘nduja, a local cured sausage. The hottest pepper in the world is the Carolina Reaper. It is named after the US state of Carolina, and ‘reaper’ due to its shocking spiciness. According to the Guinness Book of Records it is the strongest pepper in the world in terms of capsaicinoid content – capsaicinoids are the alkaloids giving the food its burning and spicy effect. Given it must be handled with care, chili pepper is good for the health. Doctors and university researchers agree that it prevents cardiovascular diseases, purifies the blood, and is useful to fight obesity, depression, and alcohol addiction; it has decongestant and anti-inflammatory properties, helps digest, and protects the liver. According to Giulio Tarro, a world-class virologist, its antioxidant and immunostimulant vitamin and capsaicin content prevents the formation of tumors.

According to Francesco Morace, social scientist at Future Concept Lab, the kitchen is where the unexpected encounter between…

The science of Sorbet: the frozen dessert

Sorbet is a frozen dessert which is typically made with some kind of fruit juice and/or puréed fruit, plus…