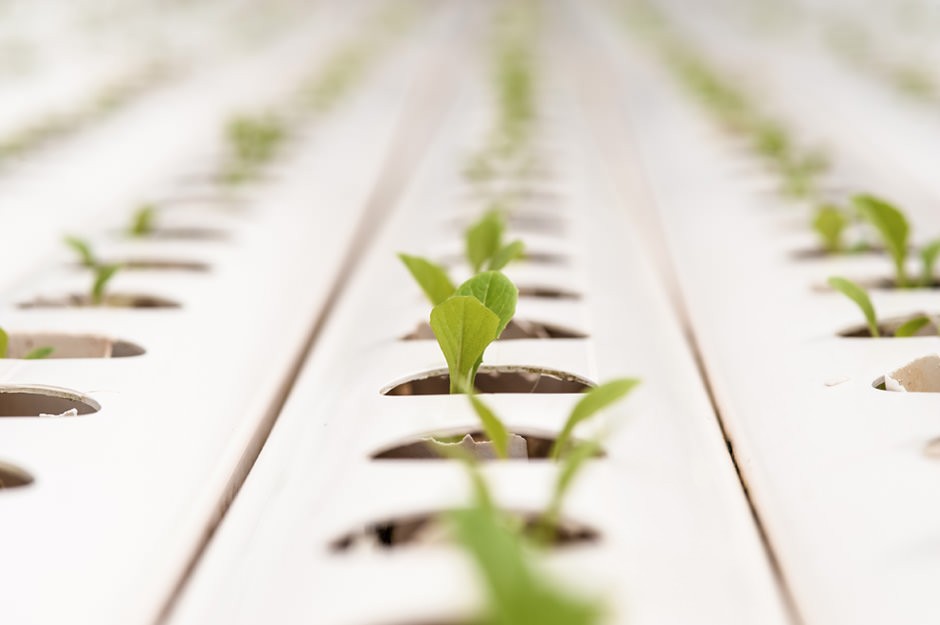 Hydroponic culture (from Greek ύδωρ, water, + πόνος, work) is a method of growing plants using mineral nutrient solutions, in water, without soil. Plants are irrigated with a solution of water and nutrients. That technique permits controlled and high quality productions during all year around.

The history of hydroponic culture

The first commercial use of hydroponic culture was in 20s of the twentieth century thanks to some American researches. According to that first system, the roots of the plants got nourishment from a perforated support in one container.

This technology was used by the USA’s army to give fresh vegetable to the troops during the Second World War through 22 hectares cultivated in some Japanese islands of the Pacific. Then, the system has not found development because of the high costs and the type of material used for construction of the plant.

Since ’80s, with the use of plastic, the technology of hydroponics culture had a new impulse, also thanks to the continuous scientific research of the Netherlands, England and Japan, countries with low availability of soil.

In the recent years, also Asia, Spain and Israel have paid a particular attention to hydroponics culture.  Even a research program was introduced by NASA to develop a food production system to be used in space missions.

The benefit of hydroponic culture

Hydroponic culture have no problem with the soil’s composition and you can always grow the culture in an optimal way, even if there are only rocks or excessively sandy soils. The use of fertilizers is focused and there are no dispersions in the ground, also the use of herbicides is absent, while the use of pesticides is significantly reduced.

In terms of quality, products are uniform in size and in characteristics as well as they have constant organoleptic quality throughout the production. Lastly, the hydroponic culture is using a tenth of the water than the traditional method.

This article is a free translation of Coltivazione Idroponica

What are the different types of salt and what are they used for?

Italy in October: what you need to know about food