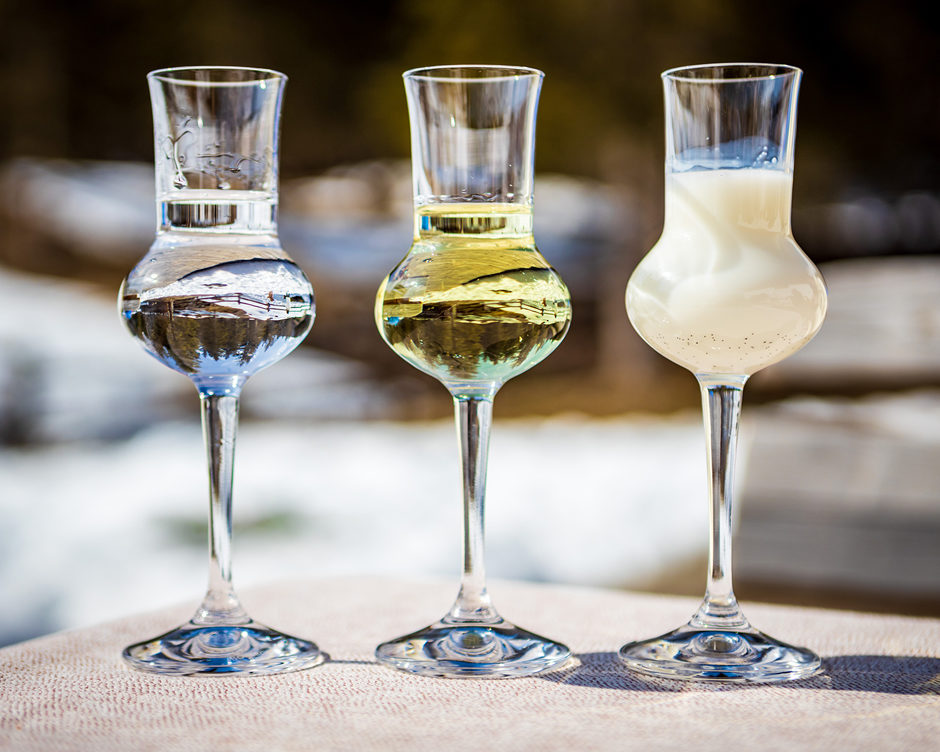 One of the pleasures of the Italian food culture is that each meal is treated as a serious matter, following unwritten rules that are meant to add extra joy to the enjoyment of food itself. Slow is the word, especially at dinner time during weekends when the clock does not seem to tick as fast as during work days. If a proper meal is divided into three courses (starter, pasta, main course), its final part is another ritual in itself: first dessert, then espresso coffee and finally a digestive liquor.

Simply put, digestivo is an alcoholic drink served at the end of the meal which over time, in Italy, has become a proper tradition. For this reason, many are the varieties produced all over the country. Just to name a few: Sambuca (originally made in Latium from aniseeds), Amaretto (produced in Lombardy using almonds), Averna (made in Sicily with local citrus and some other top-secret ingredients) and the Strega, produced in Campania using a whopping 70 ingredients.

Among the huge variety of after-dinner drinks available, the most popular one is Limoncello. With an average alcohol content of 30%, this lemon liquor is perfect in Spring and in Summertime because it should be drunk cold but it is so enjoyable that seasonality is a mere detail. Originally produced in the Amalfi Coast, it is an infusion made with the zest of organic lemons, alcohol, water and sugar. Its simple recipe makes it rather easy to prepare therefore homemade Limoncello is a staple in almost every Italian household. Over time, its extreme popularity raised the bar of its production therefore today the quality of commercial Limoncello is always high.

Another famous after-dinner drink is Grappa, a traditional Italian spirit made from the pressed seeds and skins of grapes left to ferment without added sugar or alcohol, as the grape skins are naturally high in residual sugars. After fermentation, Grappa is distilled and it becomes a dry, intense liquor with a minimum alcohol content of 40% and proved digestive effect. Supervised by the Grappa National Institute, only five regions are officially allowed to produce Grappa: Veneto, Piedmont, Lombardy, Trentino and Valle d’Aosta. Besides geographical differences, grappa can be classified by age: it ranges from Grappa Giovane, Vecchia and Riserva, depending on how long it is aged in wood. In recent years, the focus has been on Grappa monovitigno (single-variety): the results are so remarkable that Grappa has started appearing on cocktail menus all over the world.

Italians drink beer more and more frequently, and above all, they regularly choose beer produced in Italy, giving…