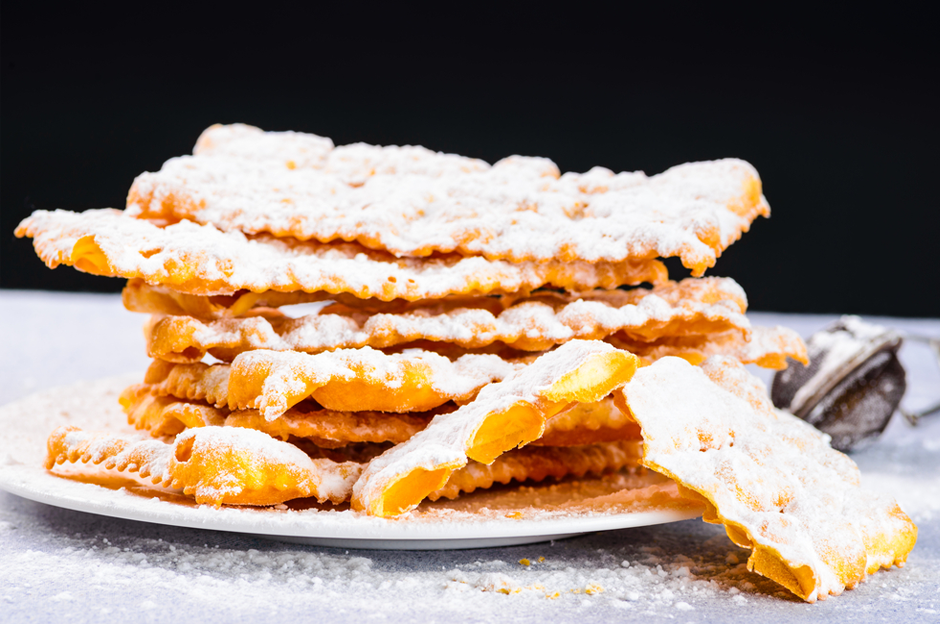 Carnival has just ended, but the party atmosphere still lingers on. All of Italy celebrates Carnival, but the most popular and famous carnival is the Carnival of Venice. It’s one of the of the oldest in the world and it’s surreal because it’s set in a city that is so mouthwatering, so picturesque that no matter where you look, it looks like a postcard.

The origin of Carnival

The term Carnevale is derived from the Latin words “carnem levare” meaning “remove the meat” because it originally referred to the feast that preceeds Ash Wednesday, the beginning of the Lent, when you can no longer eat meat. Carnival ends with the Christian celebration of Lent, forty days before Easter, on Shrove Tuesday (Martedì Grasso or Mardi Gras), which is the day before Ash Wednesday. Carnevale is world famous because of its masquerade parties.

The Venitian masquerade and the Venian mask are synonymous with Carneval. No one is quite sure why Venetians began wearing masks in the first place, but one scholar argues that covering the face in public was a unique way for Venetians to rebel against one of the most rigid class hierarchies in European history. The first documented sources mentioning the use of masks in Venice can be found as far back as the 13th century. The Great Council made it a crime to throw smelly eggs. The document decrees that masked persons were forbidden to gamble. Near the end of the Republic, the wearing of the masks in every day situations was severely restricted. By the 18th century, it was limited to only three months out of the year (beginning from December 26th). It wasn’t until the end of the 1970s, with the help of some of the citizens and public associations, that the city was able to revive carnival, which was officially reinstated in 1979.

Carnival is also the period of time when a dessert known as frittelle (or known in other Italian regions as: Bugie – lies – or Chiacchiare – chitchatting) can be purchased in every bakery and pastry shop around. Amazing parties are held in beautiful Venetian palaces where everyone wears wonderful and sophisticated costumes which can be bought or rented from some of the city’s ateliers.

If you don’t have the right dress, then you can easily find street artists that will paint your face. Between the food, the amazing dresses and masks, the parties and historical palaces, the Carnival of Venice is definitely an experience everyone should have at least once in their lives!

Alternative proteins is a general name used to indicate all those ingredients, foods and beverages that contain proteins derived…

What really is Rosé Wine? The pink wine revealed

Rosé wine happens when the skins of red grapes touch wine for only a short time. The winemaker has…