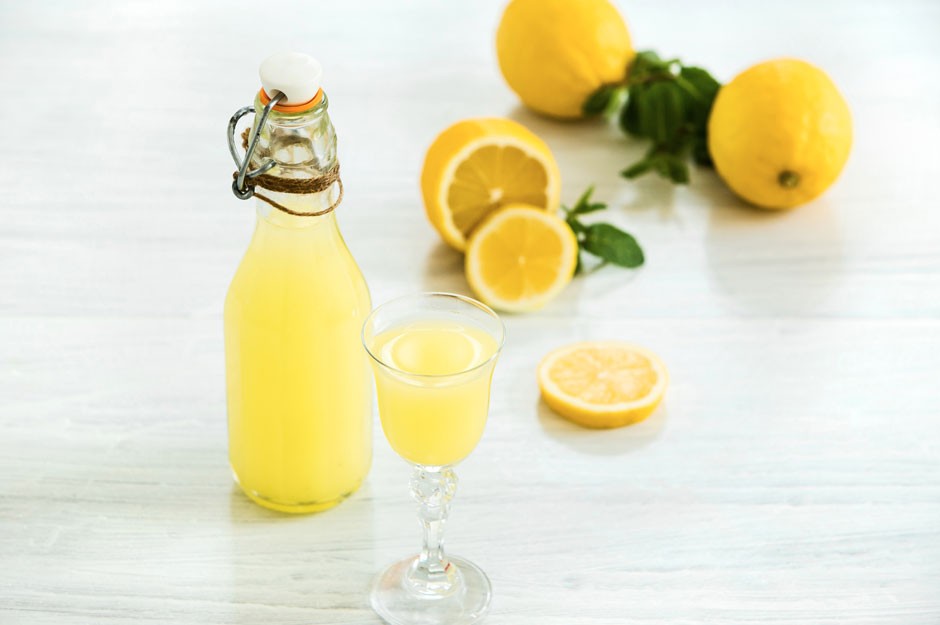 Limoncello is one of the most famous Italian liquor, mainly produced in Southern Italy in particular in Naples Gulf and Peninsula of Sorrento. Limoncello is a perfect spirit to close a dinner or as digestive.

The origin of limoncello

The history of the original recipe of limoncello bends through a series of anecdotes and legends and its paternity is competed by citizens of Sorrento, Amalfi and Capri. Someone says that its origins are linked to the events of the family of the businessman Massimo Canale who, in 1988, registered the first trademark “Limoncello”. The liquor was born at the beginning of 1900, in a small boarding house of the Azzurra Island, where a lady called Maria Antonia Farace took care of a rigorous garden of lemons and oranges. Her nephew, after the war period, opened a bar specialty of which was the lemon liquor made with grandmother’s old recipe. In 1988, the son Massimo Canale started a small handmade production of limoncello, registering the trademark. The story of Mr. Massimo Canale and his grandmother it is just a version of the origin of limoncello, citizens from Amalfi and Sorrento disagree with that history and they have their own opinion about the origin of the traditional yellow liquor. Someone believe that the recipe was born inside a monastic convent for the delight of the monks from prayer to prayer. Others believes that limoncello was used in the morning by fishermen and countrymen to fight the cold, during the war. Maybe, we’ll never know the truth, except for the fact that the liquor has crossed the borders since at last decade.

The traditional method to produce Limoncello

The traditional method to produce Limoncello consist in cultivating the plants under a structure made out of chestnut poles higher than three metres. To ensure the ripeness of the fruits, the trunk is protected from the atmospheric conditions.

The main characteristics of the product go searched in the origin of Sorrento of the lemon, the colour of the yellow peel and in the medium-large dimensions of the lemons.

The main ingredient of the recipe of limoncello is just the peel: the rind is in fact rich of essential oils and has an aroma vary defined. The first step of the recipe of limoncello previews the washing of the fruit in warm water and the brushing in order to clean it from eventual insecticides residual. Alcohol is poured in a water jug, and pieces of aromatic rind gained from the peel are added. At environment temperature the maceration of the peel will continue and the instilled will slowly assume the aroma and the yellow color of the lemon. After approximately a month of resting, the preparation continues with the adding of a small pot of water and sugar (boiled and then left to cool down) and other alcohol. The drink now is ready for another month of rest.

After forty days approximately, the instilled goes filtered in the bottles, discarding the peels.  The liqueur can be served, rigorously without the additives and coloring agents.

Limocello is drank cold, even if someone prefers it to environment temperature or stirred in tonic water, while others use it on ice cream and salad fruits. What is certain is that limoncello has become a social ritual to close a special lunch or a dinner, nearly at the same height coffee moment.

Since our core business is the export of high quality Italian food all over the world, a well-functioning supply…

A FOOD AND WINE JOURNEY THROUGH TUSCANY

Tuscany is a region in central Italy; Florence is its capital city, birthplace of the Renaissance and UNESCO…