Italian spring is fava beans (or broad beans) with Pecorino cheese, but what kind of Pecorino? 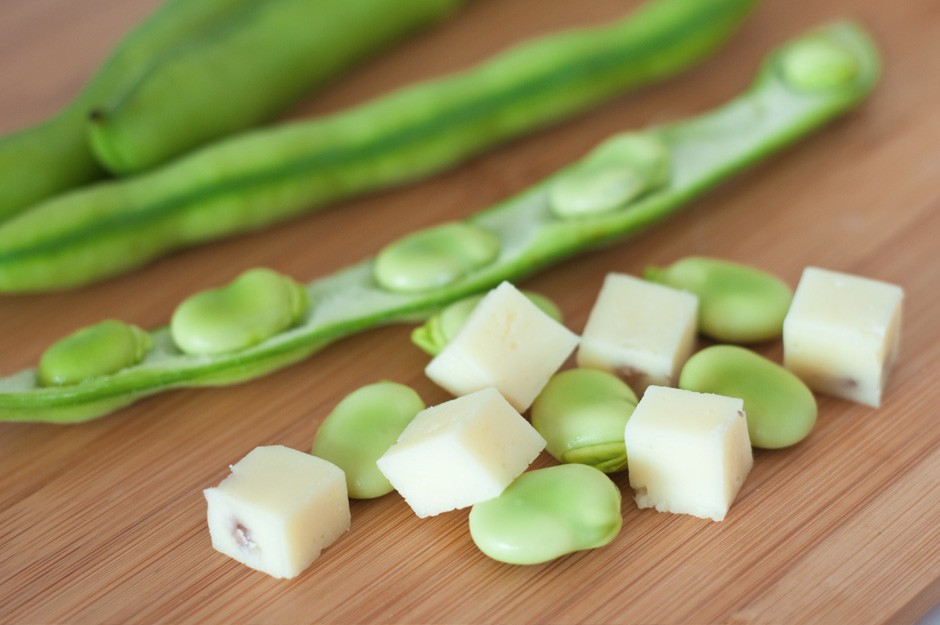 After Easter holidays, it’ time for the typical “spring food”, something tasty but light perfect to enjoy during a pic-nick or in open air. Fava beans (broad beans) are typical spring vegetables, easy to prepare and wonderful to taste!

You can serve fava beans in pair with salami and pecorino cheese as a light starter or as an antipasto on a small bed of greens with some good crusty bread. Because this preparation is so simple, you need to use the best ingredients you can find.

Choose the freshest fava beans on the market, a high quality Italian salami cut in slices and the original pecorino cheese in the variety that you prefer. It’s very important to know the different kind of pecorino cheese to combine with your spring lunch. The most famous Italian pecorino cheeses are Pecorino Romano and fresh Pecorino Sardo.

Here, the differences between the two versions of pecorino cheese

Pecorino is the Italian hard cheese made from 100% sheep’s milk and produced in the geographical area of Latium, Sardinia and in the Tuscany province of Grosseto. Pecorino Romano is one of the most ancient Italian cheese and it was the cheese of the roman worriers. The real pecorino Romano cheese is made using only traditional methods in the unique areas of origin, so check the labels to verify these characteristics. Dry-salted by hand, the wheels get a salting numerous times, wish to deliver a fabulous taste. Its lengthy aging time from eight to 12 months results in a dry and granular texture and a strong taste. When young, the cheese has a soft and rubbery texture with sweet and aromatic flavor. In general, the texture is crumbly, dense, flaky and grainy.

Fiore Sardo DOP cheese is also known as Pecorino Sardo. It’s a hard cheese made from whole sheep’s milk on the Italian island of Sardinia and it was awarded DOP status in 1996. It is wonderfully rich in flavor, with caramel sweetness, salty tang and a hint of fruit. The spicy flavor of the cheese intensifies depending on the length of maturation; meanwhile the texture is dense, firm and oily. Pecorino Sardo can be served in young or in aged version, but the young is better in pair with broad beans. Pecorino Romano goes perfectly in pair with a glass of Italian red wine or a fresh beer, the Fiore Sardo pairs well with a young red wine or with a special bottle of Moscato, but also with an excellent Sardinian white wine, such as Vermentino bianco.

Additional Info: other versions of Italian Pecorino are Pecorino from Tuscany, from Basilicata, from Sicily and Pecorino Crotonese (from Calabria region).

Now, have you choose the kind of Pecorino cheese that you prefer? In doubt, serve both of them!

THE IMPACT OF THE UKRAINIAN CONFLICT ON THE SUPPLY CHAIN

If the COVID-19 pandemic disrupted the global supply chain, the conflict in Ukraine is putting it under a serious…

One of the biggest holidays of the year is on its way! In Italy, Christmastime is family time,…

The agricultural industry, the food industry and the restaurant industry add up to being  more than 2 million companies…