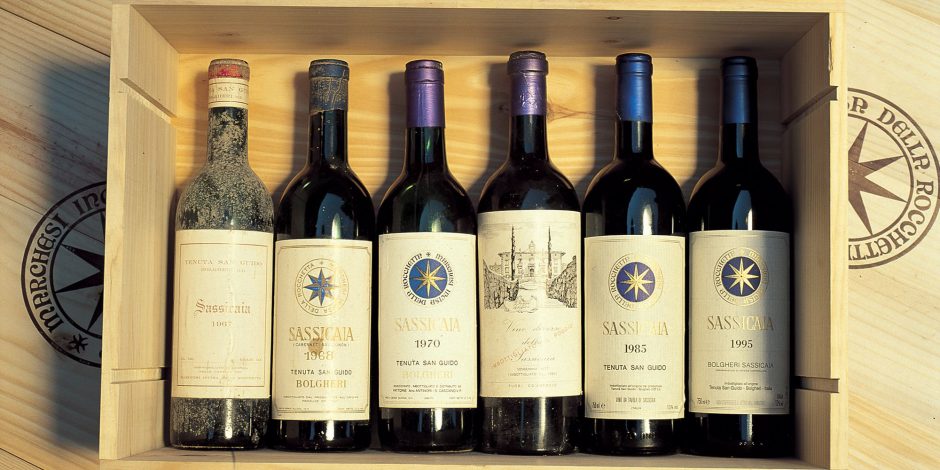 Sassicaia has finally taken its place on the throne fifty years on from its foundation. It was voted best wine of the year by the international BIWA (Best Italian Wine Awards) jury which has set up a list of the fifty best Italian bottles. The winning vintage – currently on sale – is 2015, the Super Tuscan described by wine critic Luigi Veronelli as “ecstasy for the mind”.
A blend of Cabernet Sauvignon and Cabernet Franc grapes, Sassicaia was first produced in Tenuta di San Guido di Bolgheri, in Tuscany. Nicolò Incisa della Rocchetta is the marquis gentleman in whose custody lies the secrets and future of this wine which, like all oenological icons, was not born by chance but by a flash of genius.

Sassicaia debuted in the late 1970s, when 90% of the market was dominated by low quality wines. Mario Incisa della Rocchetta, a horse breeder from Piedmont, has worked there since the 1940s deciding to market it in 1968, to general scepticism. Florentine restaurant owners refused to serve it – “none of our clients will ever drink a Cabernet” – and all wine critics snubbed it, with the exception of Veronelli. It was first mentioned in the press in 1977 – two lines by Edoardo Raspelli in the Italian newspaper Il Corriere della Sera: “Rare, splendid wine that you can keep for up to 12 years from purchase”. Sassicaia’s fame now seemed a long-ago certainty – but its beginnings had actually been quite tiresome. Another reason for which BIWA’s recognition is, in its own way, a further accolade.

The BIWA is led by Luca Gardini and Andrea Grignaffini: the jury is ten-strong, representing Europe, the United States, Japan and China. One year’s work and three full days of tireless tastings culminating in victory for Sassicaia, followed by Barbaresco Asili Vecchie Viti 2012 from Roagna. Casanova di Neri, with their Brunello Tenuta Nuova 2012, enjoyed yet another stint on the podium. Piedmont was the most successful region, with 16 wines ranking in the top fifty, followed by Tuscany (9), Lombardy (5), Alto Adige and Sicily (4), Marche (3), Friuli Venezia Giulia, Veneto, Emilia Romagna (2), Abruzzo, Sardinia and Campania (1).