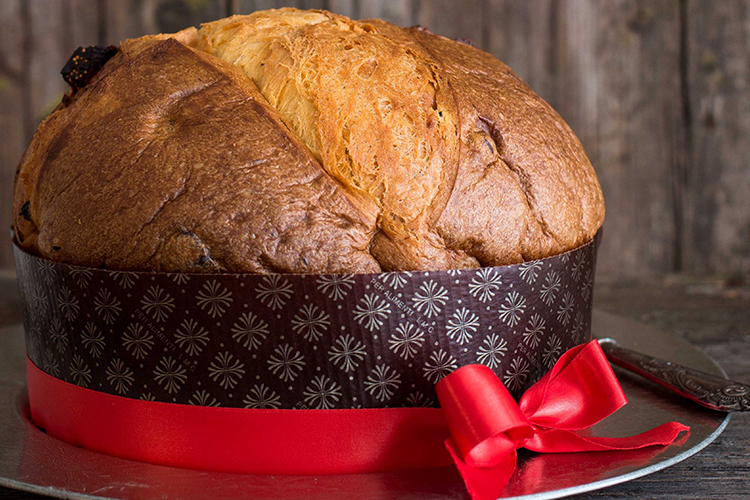 In the New York Times, Teja Rao wrote that panettone – Italy’s traditional Christmas cake – has become “An obsession for American pastry chefs”. The food writer interviewed some of the US’s best pastry chefs and bakers, and came to the conclusion that “bakers say they have become obsessed by this high-maintenance dough: no other breadstuff is harder to make, but no other breadstuff gives you such satisfaction when you are finally successful”.
Demonstrating the typically American genuine fascination for things that are made well and taking time, the article focusses on the difficulty and care and attention required in every phase of the making of this cake, from the choice of ingredients to the control of the temperature of the dough. The NYT interviewed the following pastry chefs: Rick Easton, whose baker’s is located in Pennsylvania but who, during the summer of 2017, organised an event dedicated to the panettone in New York; the local New Yorker, Jim Lahey; the Californian Avery Ruzicka and Roy Shvartzapel from San Francisco, who learnt from the star of Italian pastry chefs, Iginio Massari. “Baking is always a mystic and wonderful thing”, Ruzicka says, “but when baking panettone it is even more so”.

With its characteristic dome shape, panettone is Milan’s typical Christmas cake made from a dough of water, flour, butter and egg to which is added candied fruit, equal measures of orange and citron zest and raisins.
The origins of the panettone are linked to some Milanese-based legends from the late 15th century. The most famous tells of the chefs of the court of Duke Ludovico Sforza who, in order to properly celebrate Christmas, prepared a bread in the shape of a cupola containing grapes. Toni at the ovens, distracted, left the cake to burn leaving a thick burnt crust. The cake was so enjoyed by the Sforza court that they called it the “pan del Toni” (Toni’s bread) in recognition of its uniqueness.

598.3 million euro. This is the exports value of ‘high quality Italian cakes and pastries’ according to a report by Confartigianato. And if the panettone is the true leader of the pack, other cakes, holiday pastries, bread with raisins, croissants, biscuits and pastry goods fair pretty well too. A real sales boom, which led to an increase of 5.8% during the September 2016-August 2017 period compared to the previous year. And of this amount, almost 600 million – 31.6% – is represented by exports to the United States which increased in the same period by 31.4%.

Probably created to counterbalance the effects of the high summer temperatures, Italian frozen desserts are rather enjoyable in any…

Carnival has just ended, but the party atmosphere still lingers on. All of Italy celebrates Carnival, but the…