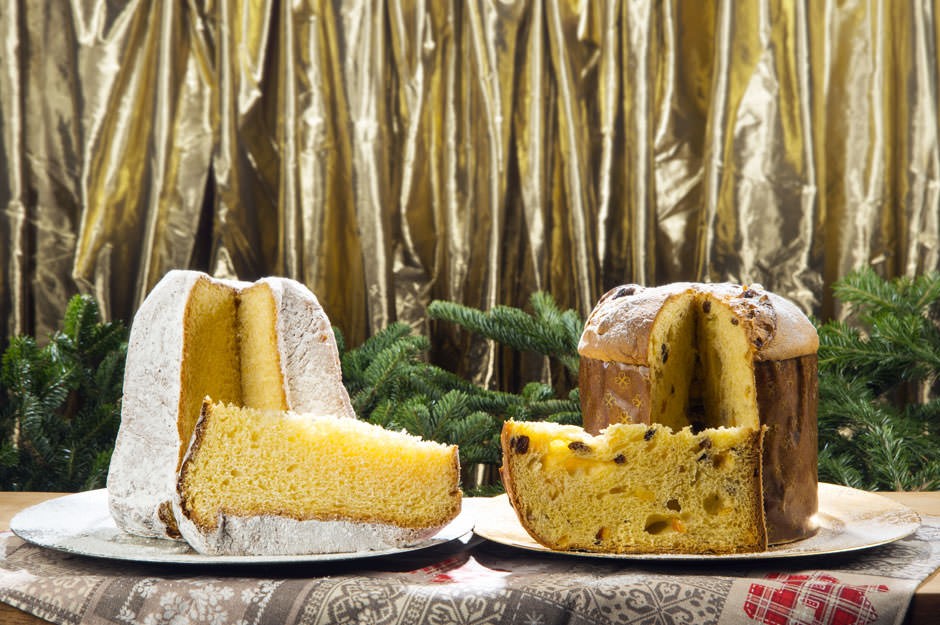 Christmastime in Italy comes with a traditional dilemma: Panettone or Pandoro? Panettone lovers find Pandoro too simple and buttery, while those who love Pandoro hate raisins and candied fruit. People usually solve this problem by just buying them both.

But, what is the real differences of these Christmas desserts?

Panettone is a traditional sweet bread from Milan that is served during the holiday season. It takes hours to make because it has to rise and fall three times before it goes into the oven. It is dome shaped at the top of a 12–15 cm high cylinder base. It is served in slices, vertically cut, and often accompanied by sweet hot beverages or sweet wines, such as Asti spumante or Moscato. In some regions in Italy, it is served with mascarpone cheese.

Pandoro is a Christmas sweet bread that originated in Verona. Verona is not only where Pandoro originates from, but continues to be the city that people associate with this delicious creation. “Pan d’oro,” which means “golden bread,” refers to its bright yellow color. Pandoro is traditionally shaped like an 8-pointed star frustum and is often served with powdered sugar dusted on top of it.

When it comes to Italian Christmas desserts, there are several options. Every region has at least one traditional dessert. Another Christmas dessert is Pandolce Genovese, which is rather similar to Panettone. It also contains candied fruits and raisins, but it is flatter than Panettone. Its texture may seem strange at first because it’s a mix between dry and moist and delicate and tough. Regardless, it’s perfect with a glass of chilled prosecco.

If you want to know more about Christmas desserts, you can also read Panettone: the “big bread” for the italian christmas.