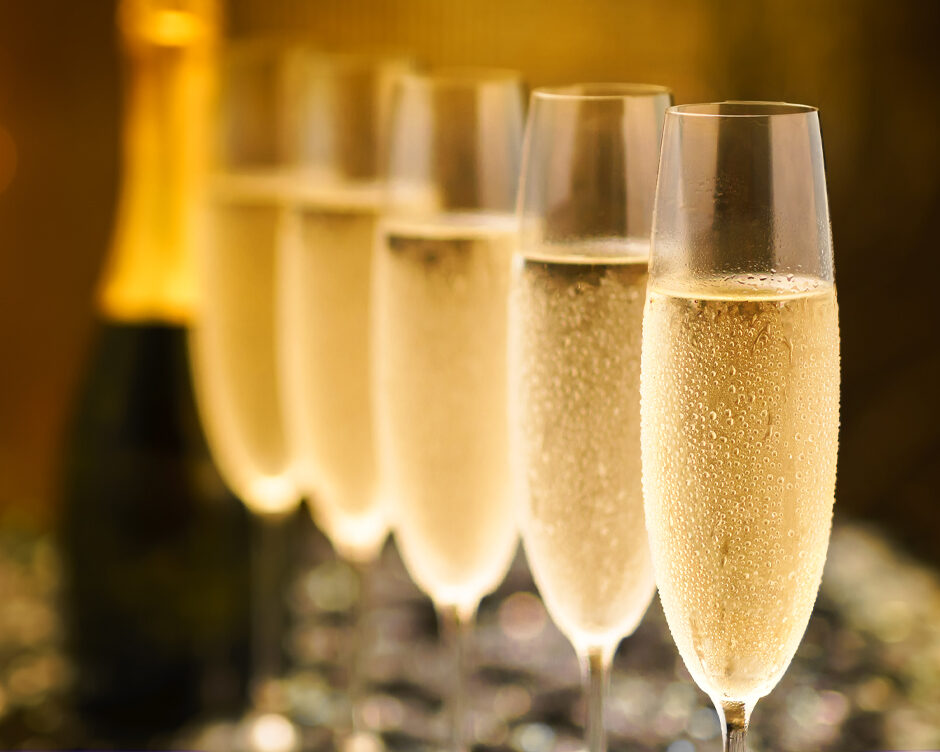 If there has ever been a time for Prosecco, this must be now. Not just because the festive season is upon us, but literally because Prosecco seems to be the trending topic in the food and drink industry at the moment. Astonishing figures are reported by the press: in 2020, 500 million bottles were produced, for a turnover of 2.4 billion euros. Now, with an export growth of 35% in the first six months of 2021, Prosecco is the most consumed Italian wine in the world.

The success story of Prosecco saw a tenfold expansion in sales over the past decade, so much so that in pre-pandemic years its export often exceeded champagne shipments. This could be easily due to its pleasant taste when drunk on its own and to the fact that it is the main ingredient in worldwide famous cocktails such as Bellini and Spritz; there is no denying, though, that also the strict policy that rules its production in Italy contributed to its raise. Both the DOC (denominazione di origine controllata) and the DOCG (denominazione di origine controllata e garantita) versions refer to wines made within specific designated areas – namely the provinces of Belluno, Gorizia, Padova, Pordenone, Treviso, Trieste, Udine, Venezia and Vicenza for the DOC and the area of Conegliano/Valdobbiadene for the DOCG – and produced with at least 85% Glera grapes. The two consortia behind these appellations guarantee quality in terms of better perlage and lowered sugar levels thus vouching for the credibility of both the territory and the product, Italy’s finest sparkling wine.

In this scenario, the recent announcement made by the British Chancellor of the Exchequer, Rishi Sunak, about the removal of premium obligations for sparkling wine is another great news for all the Italian producers and exporters. After the fall in sales during the first months of the pandemic, after all the logistical issues and additional costs caused by Brexit, it seems that the U.K. is now willing to reclaim the top place of the podium as Italy’s largest export market for Prosecco: a position gained back in 2019 with about 100 million bottles of DOC imported. What is really good about this recent news, besides the actual figures, is the increased value perception of an excellent product that supports an articulate supply chain of small local producers. It also represents the recognition that top quality sparkling wines – of which Italy is one of the main world producers – are no longer just for luxury consumption.

With counterfeiting on the increase in food industry, traceability can be the opportunity that producers and consumers are waiting…

Analytics Report for the supply chain: the importance of data

Among all the Italian cheeses, Parmigiano Reggiano is probably the most famous all over the world. There is another…