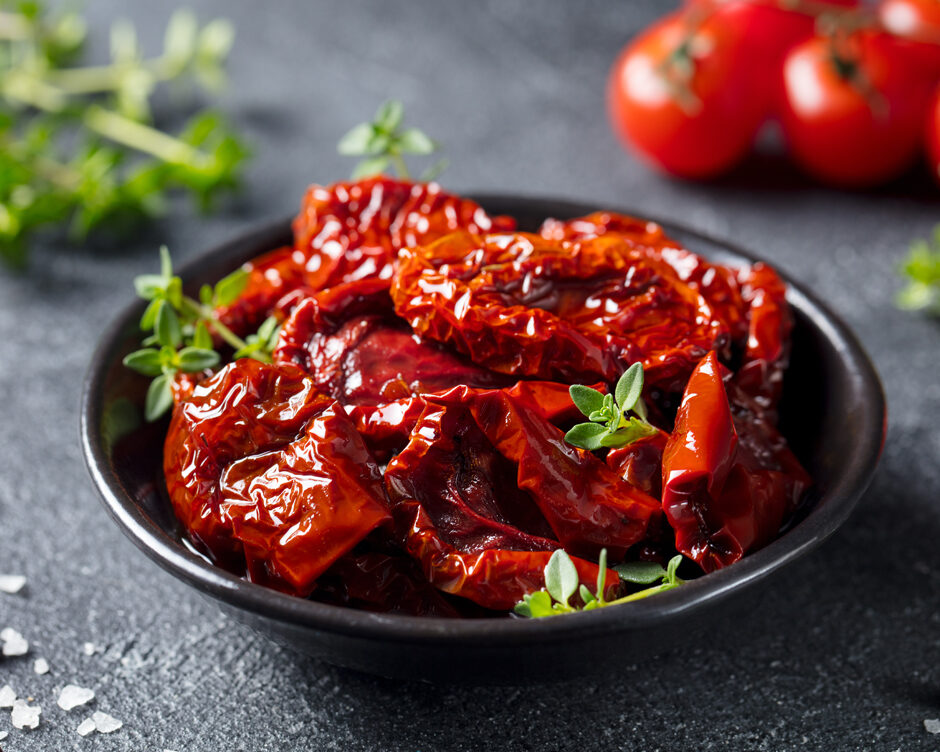 Although the concept of functional foods originated in Japan back in the 1980s – when government agencies started approving foods with verified benefits, in an effort to improve the health of the general population – the topic is becoming more and more popular now that consumers all over the world are more conscious than ever about the food they purchase and eat.

In a few words, functional foods are ingredients that offer health benefits which extend beyond their nutritional value: some are naturally healthier than others, some may contain supplements or other additional ingredients designed to improve health. The most common examples include fruits and vegetables – which are packed with antioxidants – and all those foods fortified with vitamins, minerals, probiotics or fiber.

Among the array of natural ingredients that are considered functional foods, sun-dried tomatoes are probably the less known outside Italy. Besides being rich in vitamin C, vitamin K and minerals like Potassium and Manganese, sun-dried tomatoes have a particularly high concentration of lycopene, a powerful antioxidant which has recently been the object of several scientific researches. While early studies showed that it may help reduce age-related macular degeneration and lower the risk of certain types of cancer (including esophageal, pancreatic and prostate cancer), additional researches are still in progress in order to better understand these potential benefits.

Originating in southern Italy, back in the days when fresh tomatoes were not always available and neither was refrigeration, sun-dried tomatoes used to be prepared by slicing tomatoes, sprinkling them with sea salt and laying them to dry out under the intense summer sun until just about all of the moisture was eliminated. By following this procedure, they could be stored for an extended period of time thus providing a ready supply of tomatoes all year long. Nowadays a similar process applied on a larger scale allows millions of people all over the world to enjoy sun-dried tomatoes and their intense flavor, tart acidity and firm texture.

As it often happens with Italian ingredients, even sun-dried tomatoes combine high nutritional values with a versatility that makes them pair well with a huge variety of preparations which benefit from their distinctive taste and texture: from soups and salads to pasta, pizza, sandwiches and main courses of fish, meat, poultry or vegetables. Many recipes recommend rehydrating sun-dried tomatoes prior to cooking: this can be done by simply letting them sit in tiepid water for about two hours in a covered bowl. If time is an issue, one can always opt for semi-dried tomatoes which retain more moisture than sun-dried tomatoes and, therefore, can be used without having to wait for the rehydration time.

“Italian food is an experience in tradition, continuity and development,” Pellegrino Artusi used to say. And the very first…