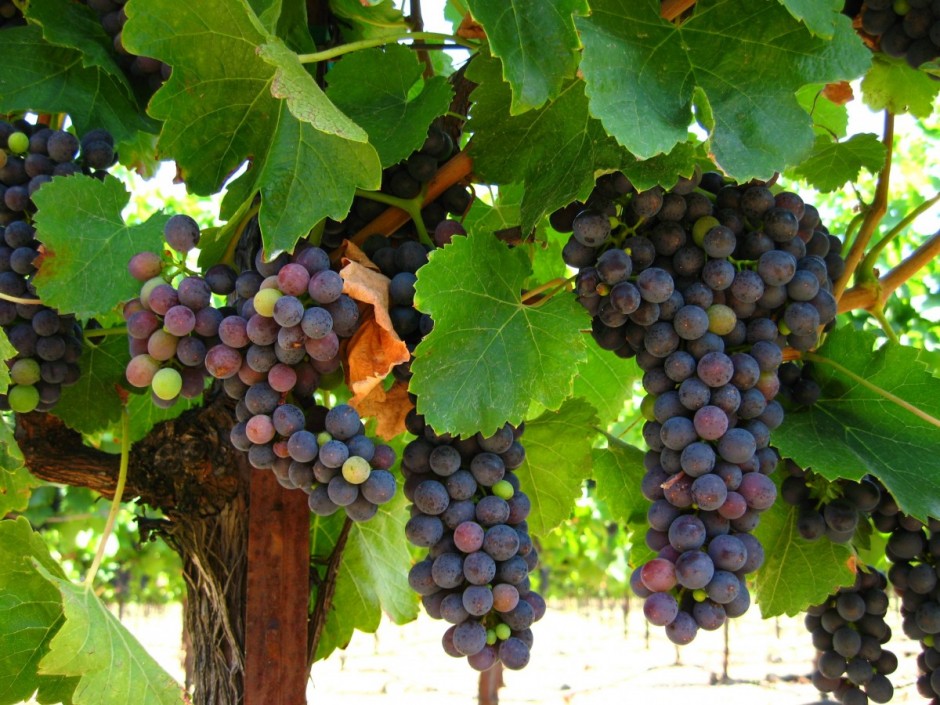 Production down 25%
When it comes to the weather, 2017 was a strange year: the spring frosts were followed by a hot summer and drought. The sudden changes in climate hit Italian vineyards and the resulting harvests very hard. According to Assoenologi (the Italian association of oenologists and oenological technicians), the 2017 harvest was the earliest of the last decade due to the stress placed on vineyards, approximately ten days earlier than usual and one of the poorest in terms of quantity since 1947, with a 25% drop in the production of wine and must. It is estimated that total production was 41 million hectolitres. More specifically, the statistics point to a 40% drop in the harvest in the Lazio region, a 30% drop in Tuscany and Puglia, a 25% drop in Lombardy, a 15% reduction in the Veneto and Friuli regions and a 10% drop in the autonomous region of Trentino Alto Adige. Alongside such a string of negative figures, the only region that increased production was Campania, which bucked the trend with a 5% bigger harvest. According to Coldiretti (the Italian farmers’ association), the yield also went down, i.e. the amount of juice produced by each bunch of grapes. While in the past, each kilo of harvested grapes produced around 0.77 litres of wine, this year’s yield was less than that.

Quality, not quantity
While this year will come to a close with reduced quantities, experts believe that quality will, on the contrary, be better. The lack of water forced vine roots to dig deeper into the soil, an important factor affecting the end product’s quality. When vines do this, they extract the best characteristics from each terroir of origin, reaching the peak of perfection.

Rising prices
According to Assoenologi, DOC and IGT certified wines could become between 10-20% more expensive, increases that will also affect ordinary undesignated wines. A considerable price hike is expected for Franciacorta sparkling wine from Lombardy, which lost almost 50% of the grapes produced compared to last year, due to frost. A bargained increase is also underway for Ribolla Gialla and Sauvignon produced in the Friuli Venezia Giulia region. In Tuscany, Merlot and Sangiovese grapes were particularly hard hit, so one can easily imagine higher prices for famous DOC red wines such as Chianti and Brunello di Montalcino. The 40% reduction recorded in the Lazio region is ominous for the price of wines from the Castelli Romani area. In Emilia Romagna, higher prices are expected for Malvasia and Grechetto. In the south, we can expect price hikes for Sicilian Zibibbo and Sardinian Vermentino, among others. In contrast, the prices of wines produced in Piedmont and Veneto have remained stable.

Mr. Martini, Italian Minister of Agriculture, presented at Expo Milan the “Food Act”, a plan of Italian Government for…