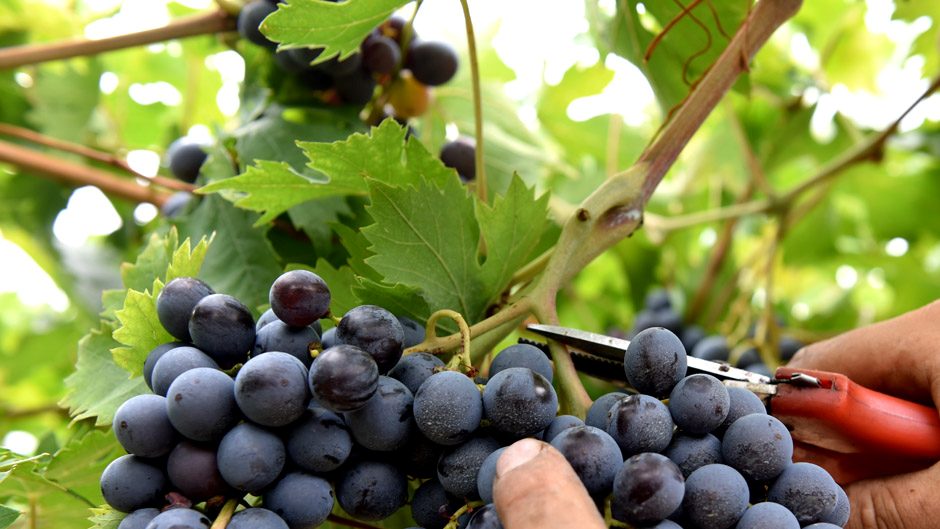 Compared to the record level achieved in 2018, a 16% fall in Italian production is expected in 2019, amounting to an estimated 46 million-hectolitre deficit. In spite of this, Italy is set to maintain its world leadership once again. These are the predictions of the Osservatorio del Vino (wine observatory) presented in Rome at the Ministry of Agricultural, Food, Forestry, and Tourism Policies. For the first time ever, Assoenologi (national association of oenologists), ISMEA (institute for food and agricultural market services), and UIV (Italian wine organization) have joined forces
and skills to provide the data.

More specifically, the 2019 harvest appears to be less productive compared to the previous year in all Italian regions with the exception of Tuscany but, in general, with a good grape quality across the whole national territory. Such production fall may be essentially ascribed to less favourable climate conditions compared to those generating the abundant 2018 harvest. In any case, 2019 has kicked off well in terms of foreign sales: in the first 5 months of the year (ISMEA data processed on the basis of ISTAT – Italian institute of statistics – data) Italian wine export amounted to 8.6 million hectolitres (+11% compared to the same months in 2018), due to a strong progress in worth, which has reached 2.5 billion euros (+5.5%). Should the data recorded in the subsequent months confirm such trend, sales in 2019 may come close to the 22 million-hectolitre mark, or an estimated 6.5 billion-euro turnover. In terms of export, there is a more accentuated sales progress in EU countries (+14% in terms of volume and +6% in terms of profit) compared to other countries (+6% and +5%).

“While the 2018 harvest has been quite generous, an inverse trend has been recorded in many areas in 2019” states Riccardo Cotarella, president of Assoenologi, “From an environmental perspective, climate variability has made its mark, especially in May, with a drop in temperatures paired with strong rainfall causing a slowdown in the vines’ dormancy. A general 10/15-day delay in ripening has been recorded, so much that the harvest took place in the more traditional periods, after the countless early harvests recorded in the past few years.”

“In recent times, Italian wine has consolidated an important path of internationalization by means of narrowing and focusing the range with higher-quality and more globally appreciated products” adds Raffaele Borriello, general manager of ISMEA, “The effects of such evolution towards quality and efficiency of marketing policies are proven by the constant increase in export turnover, which has almost doubled in the past 10 years. From here on, what will affect the future of the sector are the methods of Britain’s exit from the European Union and the uncertainty in the new face of the geopolitical world, where market trends will be increasingly difficult to decipher and will call for growingly complex, varied, and flexible strategies. This means greater risk, but even greater opportunities for those who will be able to predict such trends by working on an accurate segmentation of export policies”.

Is it possible to generate clean energy from wine processing waste? Today, it is indeed. The innovation is…