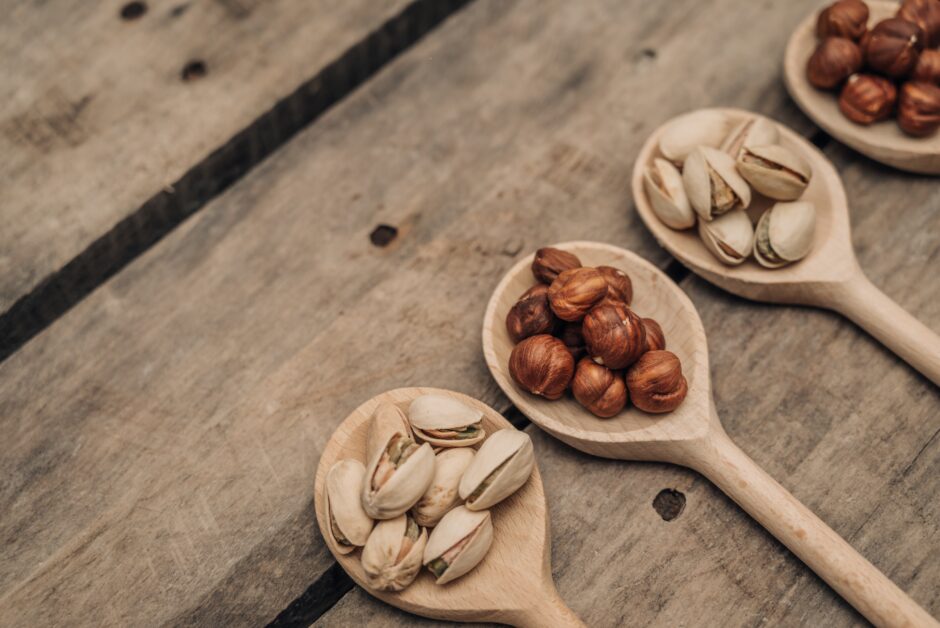 If Fall is the season for harvest, October is its richest month when it comes to fresh fruit. Chestnuts, apples, pomegranates, pears and grapes: in Italy we have such a variety and abundance to suit every taste. Not many people know, though, that this autumnal month is the one that sees also a couple of dried fruits, considered as national excellences, getting ready for consumption: the hazelnut from Piedmont e the pistachio from Sicily.

Recognized as the best in the world for its balanced flavor and a good production yield, the Tonda Gentile Trilobata (also known as PGI Piedmont Hazelnut) is characterized by a fragrant pulp, rich of valuable substances and a good level of oleic acid which helps in keeping the bad cholesterol under control. As a matter of fact, recent studies demonstrated that a regular consumption of PGI Piedmont Hazelnut (about 30 grams per day) is useful to support a healthy and fit life.

Italy is the second main largest producer of hazelnuts and one of the most important exporters. Although the main consumer of hazelnuts in the world is the EU confectionery industry – which accounts for 80% of all hazelnut purchases – a steady growth in imports has been registered in the last ten years in Tunisia, Brazil and Russia, with the highest peaks in Mexico, China and in the United Arab Emirates.

Interesting figures are registered also for the pistachio from Bronte. Bronte is a small municipality on the slopes of the Etna volcano, Sicily, where over 34.000 quintals of pistachios are harvested every year. 80% of the production goes abroad, exported in 41 countries around the world – mainly Australia, New Zealand, California and Japan – where it is sold both in large-scale distribution and in stores. The remaining 20% is used in the national industry: 55% in the production of sausages, 30% for confectionery and 20% in the ice-cream industry.

The Pistacchio Verde di Bronte – which was awarded the P.D.O. (Protected Designation of Origin) in 2006 – has a sweet and aromatic taste and, unlike the yellow-green pistachios coming from Asia and America, is characterized by an intense, bright green color. Rich in vitamins, mineral salts and unsaturated fatty acids, Bronte’s pistachio is marketed in several forms: unshelled, peeled, as a flour, as a paste or in grain.

A CONVERSATION WITH OUR CEO, VITTORIO DORIA LAMBA

A conversation with our CEO, Vittorio Doria Lamba It was back in 1995 when Alifood first started exporting top-quality…

CONSUMER TRENDS: WHAT TO EXPECT AFTER THE PANDEMIC

According to psychology experts, it takes just over two months for a new behavior to become habitual. Considering that…