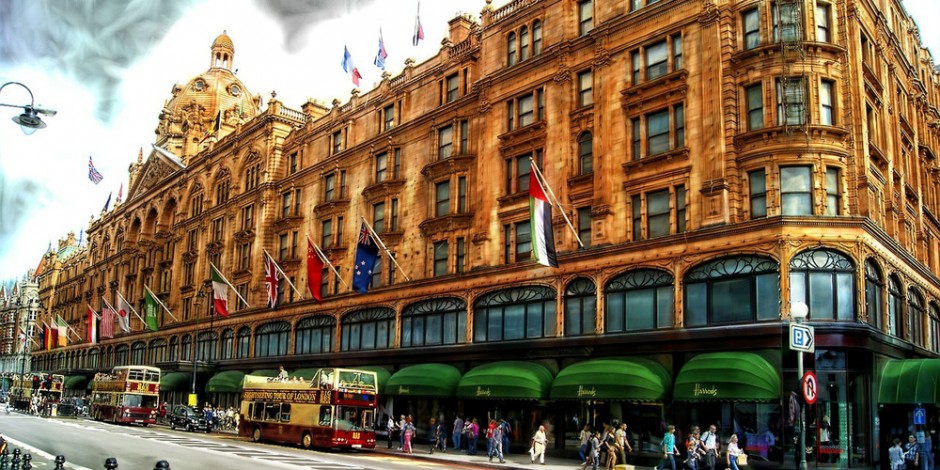 169 years have gone by since Charles Henry Harrod opened a little drugstore in London where he sold tea, coffee, and biscuits. Since then, the small Knightsbridge grocery store has become a 90,000-m2 (107,600-ft2) luxury temple hiring 5,000 employees, where visitors may find, as the slogan boasted: anything “from a pin to an elephant”.
Charles Henry Harrod has left us, but the current owners – Qatar Holding – have decided to honour his memory through a radical revolution of the section dedicated to food and drinks: “The taste revolution”. Basically a return to the old days, with the goal of conquering customers by aiming at the stomach.

The revolution has already begun at Harrods Food Halls, dedicated to all kinds of delicacies since 1902. Alongside the most praised names of international cuisine, customers will now be given the opportunity to see, touch, and smell whatever they wish to consume in loco or take home.
To lead the pack, there will be Lance Gardner’s bakery, the most prized in the United Kingdom; together with his assistants, he will work in full view of the curious customers, aided by a panel on the wall saying what breads are baked at each time, and a bell ringing as soon as they are ready. Gardner makes 15 bread varieties, as well as sweets, cakes, and biscuits. Not far from him, there is Bartosz Ciepaj, with a 10-year experience and a fame as the best barista in the world, who is a master of coffee: he toasts it himself and enchants clients as he speaks uninterruptedly about varieties, blends, production methods, and origins. There is also an Italian, Angelo Tantillo, a tailor of tea-making, who prepares customized blends dedicated to those who do not settle for standard products.

The Harrods food revolution is tacitly inspired by Eataly, the international chain specialized in Italian food and drinks, established in 2007 by Oscar Farinetti. And things are just getting started: according to the Director of Food and Restaurants Alex Dower, by 2019 Harrods will become the world’s greatest food emporium.

Famous all over the world for its stunning monuments, art galleries and that lovely feeling of dolce vita, Rome…

Every year on 18th June, the world celebrates Sustainable Gastronomy Day. Observed for the first time in 2017, this…

F.I.CO. (Fabbrica Italiana Contadina) Eataly World, the largest food park in the world, opened its doors for the…