THE IMPACT OF RAISED ENERGY PRICES ON FOOD PRODUCTION 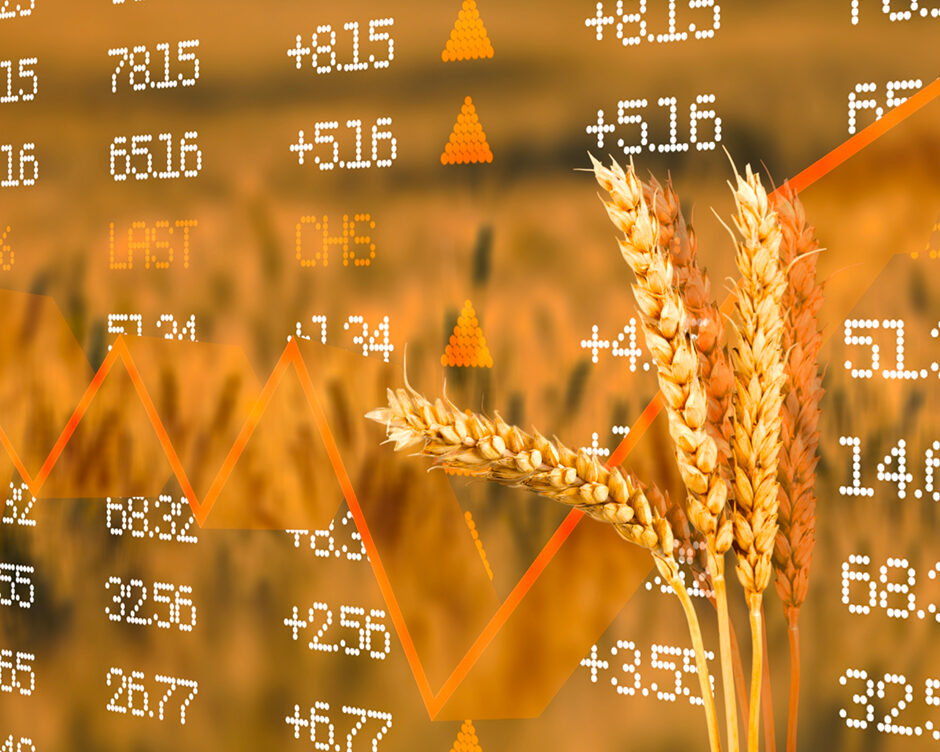 Since the beginning of the Russian invasion of Ukraine, energy and food prices have significantly risen. The impact of the direct and indirect supply shocks that the conflict brought to commodity markets is strictly linked to the degree of reliance on wheat and energy from these countries.

Nearly 30% of all wheat exports come from these two countries (around 10% Ukraine and 20% Russia). Their wheat is mainly imported by countries in the Middle East and North Africa with vulnerable economies, thus making the current situation in Ukraine also a threat to global food security. The disrupted wheat export supply chains from Ukraine are preventing the outflow of the wheat crop harvested in 2021 and although the 2022 wheat crop was planted last fall, farmers should be back in their fields to fertilize, harvest and move the crop, not fighting a war.

The conflict in Ukraine has also shocked energy markets. Besides being a major exporter of oil, Russia produces 23% of the world’s natural gas and supplies to the European Union about 40% of the natural gas needed by its member countries. Sanctions pushed up Brent crude oil prices by more than 60% since the beginning of the year. The consequent domino effect on food production is easy to understand as energy is widely used both in the primary production of agricultural products (for machinery, irrigation, the production of fertilizers, etc.) and in secondary production, such as in drying, cooling, storage, transport and distribution. Higher crude oil is raising farm costs to the extent that small-scale and family-owned farms in emerging markets, which are due to face lower profitability, may potentially leave the sector.

In developed countries, the surge in energy prices is the major driver of food inflation. In developing countries, it is not having the same relative impact but it will further exacerbate the increase in food prices. As it often happens, the impact is going to be mainly suffered by the most vulnerable: all those net importing food countries that are dependent on Ukraine. According to a recent analysis published a few weeks ago, the scale of price spike will push over 40 million into extreme poverty. While G7 agricultural ministers are working to keep food trade alive by not using export bans that would restrict movement of food, the only way to ultimately reduce the impact is stop the conflict in Ukraine.

If there has ever been a time for Prosecco, this must be now. Not just because the festive season…