THE REDISCOVERY OF BUTTER 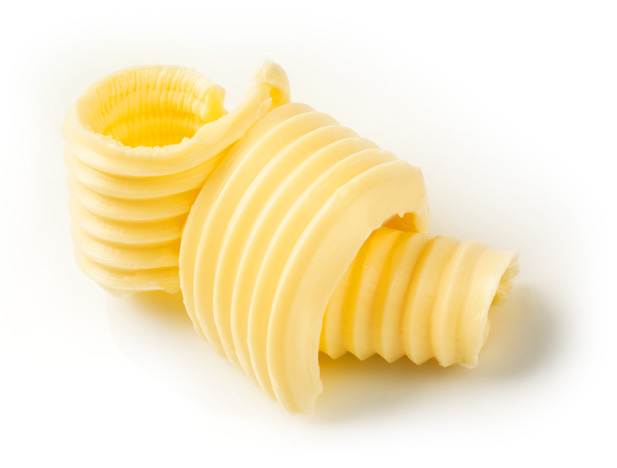 After having been demonised by health fanatics the world over for years, butter is having its rightful revenge.

As far back as 2014, it ended up on the cover of Time magazine with the title ‘Eat butter. Scientists labeled fat the enemy. Why they were wrong’. Thus, the humble pat of butter has slowly made its way back into the kitchen. Even researchers studying social change have looked into the case. ‘We are faced with nothing short of a comeback as far as butter concerned,’ writes sociologist Enrico Finzi, ‘thanks to its sensory characteristics, which are often associated with the pleasure of eating and the extraordinary contribution that butter makes when preparing certain foods and recipes.’

In actual fact, much more lies behind the rediscovery of butter. A recent study by Coldiretti, the Italian farmers’ association, explains how ‘demand has increased thanks to the recognition of its health benefits: experts say that a portion of butter (10 grams) contains 24 milligrams of cholesterol, i.e. 8% of the recommended daily amount. But demand has also increased because, especially in professional kitchens, butter is used as an alternative to fats like palm oil, which is being abandoned by a growing number of industries.’ It is no coincidence that the price of butter has doubled over the past year in Italy. ‘In the last decade, the percentage of consumers who prefer this product has significantly increased, and it now accounts for 47% of the Italian population,’ writes Renzo Pellatti in his book Conoscere e Gustare il Burro (‘Getting to know and appreciate butter’), published by Daniela Piazza Editore.

While in the United States, people like Elaine Khosrova, the author of Butter: A Rich History, have invented the profession of butter taster, today in Italy the number of types of butter – produced by skimming the cream off whey or churning milk fat – is growing. Goat butter is the latest novelty: with its stronger flavour and pure white colour, it is easily digested by those who don’t drink cow’s milk. In contrast, clarified butter (ghee) has no water content and is casein and lactose free. In short, it only contains butter fat. What’s so special about ghee? It has a higher smoke point, so it is the perfect fat to use when frying, particularly meat, without burning anything. Then there’s low-fat butter, which contains a low percentage of fat (around 60% compared to the 82% of normal butter) and is perfect for eating ‘as is’ or spreading on bread.

With counterfeiting on the increase in food industry, traceability can be the opportunity that producers and consumers are waiting…

Rainy days are on their way, the air is chilly and the snow will be covering the mountains…