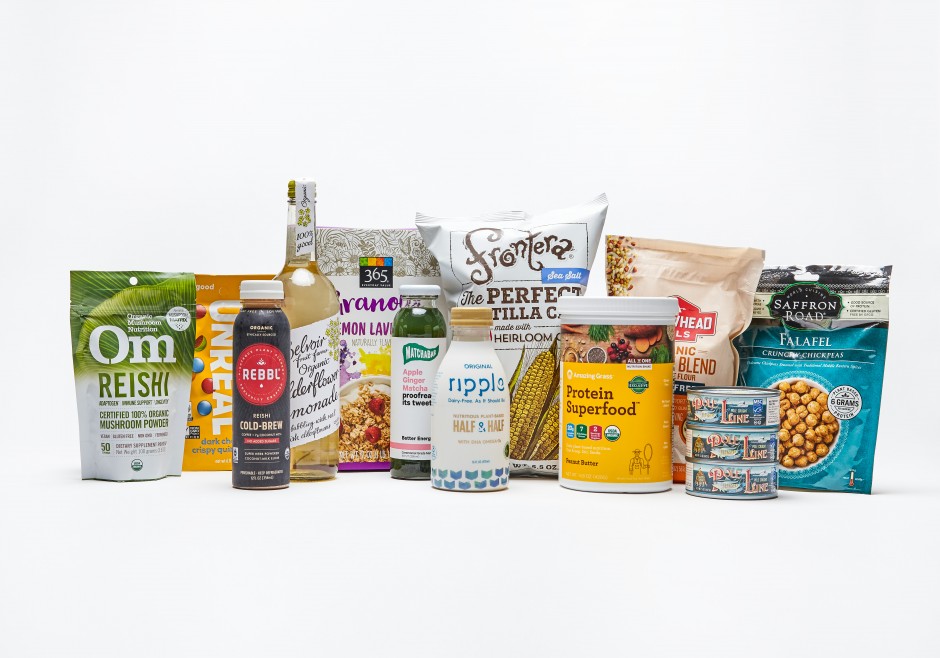 What wonders does the food & beverage industry have in store for us in 2018? For the past few years, the Waitrose and Whole Foods supermarket chains have been laying down the law, anticipating the food trends that will sweep the world. According to the list they’ve produced for 2018, we will be seeing very simple, yet high-tech, specialities boasting health benefits. Consumers will continue to be obsessed by one question: where does this food come from? Traceability, ingredients and wholesomeness will be the aspects to look out for when buying food, to the point where some consumers will be driven to farm food for themselves (using DIY agricultural machines like FarmBot). Purchases will be increasingly high tech: how many of us will soon be using technofoodology and artificial intelligence when shopping, such as Amazon’s Alexa device that you can talk to and do a number of things with, including ordering food? Let’s take a closer look.

Food
The most important trends identified by Whole Foods and Waitrose are particularly nutritious edible powders, such as matcha tea, maca root, spirulina and even cacao. People like them because they are easy to add to dishes, making soups, broths and hot and cold drinks more nutritious.
Protein powders, the real Food 3.0 frontier, merit particular attention. Companies are specialising in refined flavours for balanced liquid meals that can be consumed on the go or for homemade meals with extra protein flours: muesli or porridge containing flakes and flours with low levels of carbohydrate. Plant-based protein is also in the spotlight: soy, seeds, algae and almonds. These will be the stars of ground-breaking products such as Heme, a protein created by the Impossible Foods start-up, which apparently mimics meat flavour perfectly and could become the most popular ingredient on vegetarian menus in 2018.
Then there are medicinal mushrooms, featuring varieties such as reishi, chaga and cordyceps, which up to now have been popular among athletes. From having been used as dietary supplements, they are now added to traditional dishes like broths, desserts and even coffee. Cordyceps has been introduced from Finland. It is made from matsutake mushrooms and apparently has all the health benefits of normal coffee without the side-effects that some of us suffer from, such as heartburn and tachycardia. Clarified butter, or ghee, is also one of 2018’s musts: lactose free, it can resist high temperatures. When it comes to the culinary trends we’ll be stealing from other cultures, Middle Eastern cuisine will be top of the list, particularly that of Morocco, thanks to its spices and their worldwide popularity: harissa, cardamom, cumin and coriander. This culinary/cultural exchange will also involve Latin American cuisine, which has seen a surge thanks to the fashion for new types of tacos and foods designed for different dining occasions. Last but not least, there is a new healthy way of cooking: air frying. What does air-fried food taste like? Almost the same as fat-fried food, but much healthier.

Beverages
According to Whole Foods and Waitrose, we’ll be increasingly drinking ‘mocktails’: non-alcoholic cocktails. And what ingredient will be absolutely essential from now on? Timut pepper. This unusual pepper from Nepal is rapidly becoming popular among foodies all over the world and is perfect as an ingredient in cocktails. We will also become big fans of a new kind of soft drink that has nothing to do with the sugar-loaded beverages that have dominated the drinks aisles of our supermarkets up until now. These are natural drinks made from plants such as maple and birch that are naturally carbonated without the addition of carbon dioxide.

SO SIMILAR YET SO DIFFERENT: LEARN MORE ABOUT PROSCIUTTO AND BRESAOLA