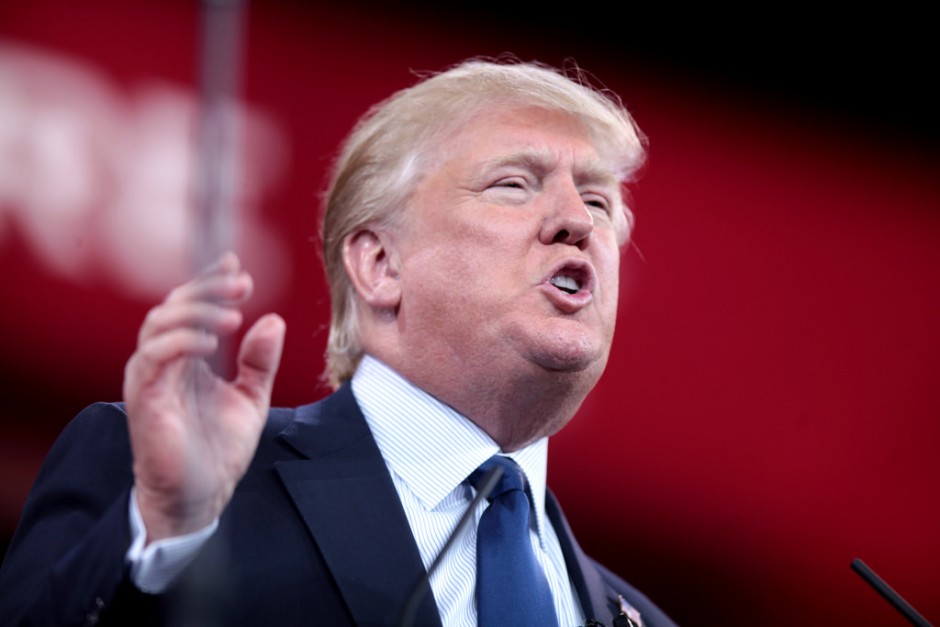 What lies at the heart of the matter is the American trade deficit, the gap between exports and imports (a shortfall of $763 billion in 2016). In short, the United States buys more goods and services than those it sells to the rest of the world.
To be more specific, Mexico and five Asian countries (China, Japan, Korea, India and Taiwan) are responsible for over 70% of this vast trade gap. Of these, the United States has the biggest deficit with China ($347 billion), a country where American multinationals have relocated in order to improve profits and pay less taxes back home. In contrast, the European Union is responsible for less than 20% of the trade gap: Americans happily choose to buy European luxury goods (cars, fashion, food and wine).

The newly-elected President of the United States, Donald Trump, has been repeating ‘America First’ like a mantra from when his electoral campaign first began. His aim is to relaunch homegrown manufacturing and reduce imports. He has signed two executive orders in the hope of identifying the factors that cause the trade deficit. Trump is threatening a trade war and a list of countries are being targeted, starting with China and Mexico, but the list also includes Germany and other European countries like Italy as well.
According to the Wall Street Journal, the Trump administration is considering the possibility of introducing super-tariffs of 100% on a whole series of niche European products.
Even though this is all currently speculation, the foodstuffs affected could include roquefort French cheese, Perrier and San Pellegrino mineral water brands and specialities such as foie gras, cured meats, tomatoes, fruit juice, jams and chocolate.

The World Trade Organization – which supervises international trade agreements – has stated that the United States cannot impose tariffs willy-nilly, nevertheless there is a backstory.
In 1996, during the Clinton administration, the United States dragged the European Union before the WTO due to a European ban on the importation of US beef treated with hormones that are banned in the EU.
Two years later, in 1998, the WTO condemned the European ban on American beef imports, with or without hormones. In 2009, the United States and the EU signed an agreement to import a limited amount of hormone-free meat into Europe, an agreement that the EUhas never, however, respected.
Therefore, the WTO has established that the US can impose tariffs on imports worth a total of $116.8 million, i.e. the same value of the damage done by the EU ban on American meat.
Given that the total value of EU exports to the USA in 2016 was approximately $360 billion, of which around $3.7 billionwas represented by the food industry, it’s obvious that $116.8 million is a token figure. Nevertheless, the stakes are high:the approval of this measure could cause an escalation and lead to much more sweeping restrictions. In a recent interview, the President of the European Commission, Jean-Claude Juncker, stated that a trade war would be in no one’s interest, and invited the US president to abandon his protectionist rhetoric.

As we all know by now, Artificial Intelligence (AI) is the ability of machines – especially computer systems –…

Japan is famous for its variety of culinary delights such as sushi, sashimi, ramen or Gyoza as well as…

In recent years there has been an increased international focus on food safety standards, enforced through legislation and firms…